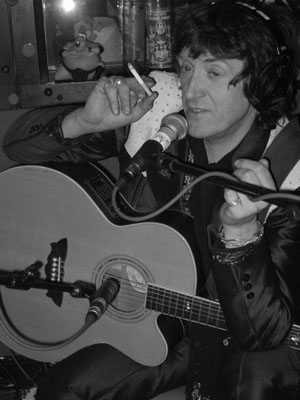 The squawking guitar that kickstarts Let’s Build a Car by the Swell Maps is a strident, clattering testament to the musical creativity that exploded out of the UK in the mid-seventies. The Maps’ music repeatedly sounded off with equal parts fury and smarts and although they’re now meaninglessly summated with the over-abused “post-punk” tag, they proved authoritatively that avant stylings needn’t preclude massive guitar riffing. They were fantastic but, despite lauding from today’s usual indie kingpins, they remain essentially unheard, even thirty years down the line. The usual sob story, right?

Well…maybe. After the Swell Maps split in 1980, their members took up less notorious roles but ones which earned them continued cult status. By far the most prolific was guitarist Nikki Sudden whose output eventually numbered some twenty-plus records of rainy strum and jangle or fully loaded rockers, not unlike the best mid-seventies Rolling Stones offerings. Sudden performed brilliantly in support of these records, though in New York he frequently did so for criminally small crowds. But even after years of soldiering through the trenches of skimpily attended club shows, he could always be spotted cheerfully mingling before his performances and demonstrating the kind of exuberance that’s seldom seen in newcomers, let alone those who’ve played a considerable hand in sculpting the underground rock landscape. 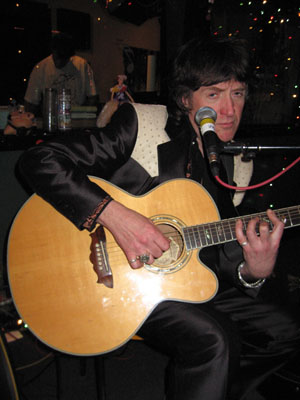 Naturally, I was desperately nervous when I booked Nikki to perform on my radio program in March. He arrived alone at WFMU’s studios just off a bus from upstate but dressed in a snake-print jacket, leather trousers, and pimp-worthy Italian shoes. He was disarmingly friendly, appreciative, and utterly patient with me as I clumsily slipped into hero-worship mode and spent the next three hours dorking out. His handsome performance spanned the breadth of his immense catalog and was punctuated with anecdotes from his many travels. It was warm and personal and from my perspective, as the evening’s programmer, just about perfect. He signed my vinyl copy of 1983’s The Bible Belt, smiling fondly as I sheepishly told him that I’d never asked anyone to do such a thing. When he left, I felt like I’d made a friend.

One week later, Nikki Sudden died. No cause of death has been announced as of this writing, although the theories are available for those who find comfort or validation in them. Nikki’s eccentricities stand in a kind of comic opposition to the insufferable arrogance that usually typifies the fabled rock ’n’ roll outlaw. He didn’t need to create his own mythology because his authenticity was evident in everything he did. Rather than portraying himself as someone who ought to have enjoyed greater success, he treated his career as a grand journey through the seedy bars of the world, and he was delighted to perform for those who inhabit them. His often very sad music resonated deeply with most who heard it and I’m honored to have afforded him one final recording session in the last days of his life.

Nikki Sudden’s appearance on Mike’s show can be heard at wfmu.org/playlists/shows/18428

Brendon Randall-Myers is a composer and electric guitarist with a multifaceted musical history—from conducting the Glenn Branca Ensemble to performing Bach. His new album, dynamics of vanishing bodies (New Focus Recordings), written for the electric guitar quartet Dither, focuses on the use of psychoacoustic effects to explore the sensations of place and memory.

David Row’s third exhibition at Locks Gallery is a testament to the evasive, liminal, and arbitrary elements of vision on which the artist focuses our gaze. Shifting from canvas to wood panels, Row has continued his use of irregular-shaped substrates, deeper color combinations and contrasts, and layered geometries, interstices, corners, and two- and three-dimensional space.

Sarah M. Sala is the author of Devil’s Lake (Tolsun Books 2020). The founding director of Office Hours Poetry Workshop, she is currently at work on Migrainer, a lyric essay examining the interstices of migraine and creativity.