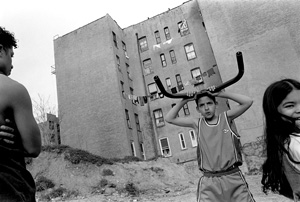 Ed.’s note: In one of the final written statements about urban planning, the legendary Jane Jacobs (1916-2006) commented on the future of the Williamsburg-Greenpoint waterfront. Last May, the Bloomberg administration and the city council rezoned the waterfront, providing for high-rise towers on the waterfront and a privately built waterfront esplanade, with some affordable housing to be built in Bushwick. Jacobs contrasts the local community’s plan for the area versus the developer-friendly rezoning that ultimately prevailed.

Mayor Michael Bloomberg and all members of the City Council

My name is Jane Jacobs. I am a student of cities, interested in learning why some cities persist in prospering while others persistently decline; why some provide social environments that fulfill the dreams and hopes of ambitious and hardworking immigrants, but others cruelly disappoint the hopes of immigrant parents that they have found an improved life for their children. I am not a resident of New York although most of what I know about cities I learned in New York during the almost half-century of my life here after I arrived as an immigrant from an impoverished Pennsylvania coal mining town in 1934.

I am pleased and proud to say that dozens of cities, ranging in size from London to Riga in Latvia, have found the vibrant success and vitality of New York to demonstrate useful and helpful lessons for their cities—and have realized that failures in New York are worth study as needed cautions.

Let’s think first about revitalization successes; they are great and good teachers. They don’t result from gigantic plans and show-off projects, in New York or in other cities either. They build up gradually and authentically from diverse human communities; successful city revitalization builds itself on these community foundations, as the community-devised plan 197a does.

What the intelligently worked out plan devised by the community itself does not do is worth noticing. It does not destroy hundreds of manufacturing jobs, desperately needed by New York citizens and by the city’s stagnating and stunted manufacturing economy. The community’s plan does not cheat the future by neglecting to provide provisions for schools, daycare, recreational outdoor sports, and pleasant facilities for those things. The community’s plan does not promote new housing at the expense of both existing housing and imaginative and economical new shelter that residents can afford. The community’s plan does not violate the existing scale of the community, nor does it insult the visual and economic advantages of neighborhoods that are precisely of the kind that demonstrably attract artists and other live-work craftsmen, initiating spontaneous and self-organizing renewal. Indeed so much renewal so rapidly that the problem converts to how to make an undesirable neighborhood to an attractive one less rapidly.

Of course the community’s plan does not promote any of the vicious and destructive results mentioned. Why would it? Are the citizens of Greenpoint and Williamsburg vandals? Are they so inhumane they want to contrive the possibility of jobs for their neighbors and for the greater community?

Surely not. But the proposal put before you by city staff is an ambush containing all those destructive consequences, packaged very sneakily with visually tiresome, unimaginative and imitative luxury project towers. How weird, and how sad, that New York, which has demonstrated successes enlightening to so much of the world, seems unable to learn lessons it needs for itself. I will make two predictions with utter confidence. 1. If you follow the community’s plan you will harvest a success. 2. If you follow the proposal before you today, you will maybe enrich a few heedless and ignorant developers, but at the cost of an ugly and intractable mistake. Even the presumed beneficiaries of this misuse of governmental powers, the developers and financiers of luxury towers, may not benefit; misused environments are not good long-term economic bets.

Come on, do the right thing. The community really does know best.

With the world’s stages dark, this month’s Rail dance section looks at dance from a distance. Our writers explore dance as a salve for isolation, how dance bears up as streamed performance video, podcasts on the art of dancemaking, choreographies of dancing together, apart. Dance, for the individual and for the collective, has been a source of healing and human connection since time immemorial. I hope these pieces remind and inspire us to find new ways to support the dance community in this time of need.

The Otolith Group: A Lost Future

A Lost Future, at the Rubin Museum of Art, is a tripartite exhibition that forms part of the museum’s year-long exploration of “the future.” Curated by Beth Citron, the Rubin’s curator of modern and contemporary art, the show opened on February 23 and runs through January 28, 2019.

Is there any way to mitigate the pernicious impact of the algorithmic takeover of life? Refiguring the Future, a conference held this May in Chicago, positioned artists as a first line of defense against Big Tech.