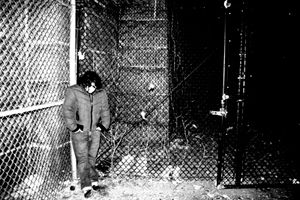 In early 2001, abortion counselor Catherine Megill discovered that some out-of-towners traveling to New York City for multiple-day second-trimester abortions were sleeping on park benches, at Port Authority, or in cars, because they couldn’t afford hotel rooms. Megill was outraged, and immediately called friends to ask if they might shelter a stranger for the night. The response led her to form the Haven Coalition in June 2001. That year Megill and her friends housed 39 women.

Five years later, the Coalition has grown into a network of approximately 45 hosts, a dozen of them Brooklynites. Last year, 140 low-income, late-term abortion patients were given respite in homes—from a couch in a studio apartment to a spare bedroom in a Victorian house—throughout the city.

Sara D., a Haven co-coordinator, got involved with the Coalition in 2002. “I’d done the marches and rallies and was looking to do something more direct,” she says. “I’m not a rah-rah person. I’d go to the rallies and feel like I didn’t belong. When you see a person and can say, ‘I helped her,’ to me that’s the best feeling there is.”

Alexandra D. got involved in Haven in 2004. “I came in being conscious as a Latina, wanting the women to have a host who was similar to them,” the 24-year-old Fort Greene resident says. “I’ve been shocked by what the patient-body looks like; it changed my perceptions about who has second-trimester abortions because so many of my patients have been older than me and white.”

One woman, a southerner in her thirties, had been living in a battered women’s shelter with her three daughters, ages five, nine, and 15. “She was coming off a serious illness and her body wasn’t doing any of the things she expected, so she didn’t realize she was pregnant until fairly late,” Alexandra says. “She was really clear that she needed this abortion because it would not be healthy for her to have a baby. We talked a lot. The population is so not what people think. It’s white middle-class women as much as non-white women who are having these procedures.”

Alexandra was also surprised by the number of teenagers who arrive accompanied by their mothers. “The girls are often tired and go to bed right after we eat dinner, but the mothers stay up and talk about what it means to be supportive of their daughters.”

Unlike first-trimester abortions, second-trimester surgery takes two days. On day one the cervix is dilated with sterile seaweed sticks called Laminaria, which swell the cervical opening so that a doctor can extract the fetus the following morning.

According to the Alan Guttmacher Institute, 89% of the more than 1.3 million abortions performed annually in the U.S. take place in the first trimester. Ten percent are performed in weeks 13 to 20, and only 1%, about 13,000, are performed at 24 weeks or later. Despite the relative rarity of second-trimester abortions, New York has become a late-term abortion mecca. The reason: price. An abortion at 24 weeks costs a hefty $2000 in New York, but in the few other states which allow abortions at this stage the fee can hit $7000. Even with travel fees, it is often more affordable to come to New York City for these procedures.

There is also the comparative ease with which a woman can have an abortion in the City. Thirty-five states require minors to obtain consent or notify at least one parent or guardian before an abortion can be performed, and 18 states mandate a 24-hour wait between scheduling surgery, receiving counseling, and having the procedure. None of these restrictions are imposed in New York. What’s more, the gauntlet of local anti-abortion protesters is usually less vitriolic here, making the experience emotionally easier than it is in places where patients are routinely berated as immoral baby-killers.

The Centers for Disease Control estimates that seven percent of the abortions performed in New York in 2004 were for women from out-of-state. According to Suzanne R., a Haven co-coordinator, the majority of women housed by volunteers in 2005 came from Connecticut, Pennsylvania, Virginia and upstate New York. Their average age was 23 and slightly more than half were African American or Latina.

Haven hosts—college students to grandmothers, married and single, lesbian, bisexual and straight, of all races and creeds—not only provide patients and their escorts with beds, but also serve as “coffee shop transiters” sitting with the patient until the person who will house her for the night can pick her up.

Helen, a retired grandmother of three from Flatbush, long active in the Brooklyn Pro-Choice Network, heard about Haven in 2001, shortly after Catherine Megill began recruiting volunteers. “I live alone and at first I didn’t want strangers in my house,” she admits. “I was scared I’d be robbed blind.” Not surprisingly, Helen took caution with her involvement: she first escorted a woman to Port Authority after an abortion to make sure she boarded the right bus home. Then she “coffee shopped,” waiting with patients post-surgery. Slowly, Helen’s courage built, and on January 31, 2002—she proudly rattles off the exact date—she hosted her first patient, a young woman from Nova Scotia.

“When I deliver a woman back to the clinic after she’s slept over, I feel like I’m walking on air,” Helen says. “Yes, it’s a chore, but it feels really good to do it.”

Like Alexandra, Helen’s patients have run the gamut, from a 15-year-old and her 35-year-old mother, to a Kenyan visiting family in Massachusetts, to an 18-year-old mother of an eight-month-old son. One woman discovered, at 23 weeks, that her baby had severe genetic abnormalities. “She really wanted a baby and was depressed about the abortion, but she knew she had to have it,” Helen recalls. Another woman, in her 40’s, had four almost-grown children and believed she was menopausal. Still another came to New York with her pastor and boyfriend. And the most memorable for Helen? She doesn’t hesitate: “Rebecca and her mother. They lived in a trailer in rural Maine and were Protestant Bible people. The mother did not believe in abortion but she also did not believe her 15-year-old should have to pay for a mistake by having a baby.”

Haven’s members—carefully screened by the group’s coordinators—don’t ask the women who stay with them why they waited so long to have their abortions. While many patients volunteer this information, Coalition members believe it is not their place to inquire. Researchers at the Alan Guttmacher Institute, however, know that teenagers are more likely to delay having an abortion until after 15 weeks of pregnancy because of fear of parental reaction, denial of the pregnancy, fantasies about having a baby, and ignorance of their bodies. On the other hand, older women often have a hard time affording their abortions, and even when they find a local fund to help defray the cost, everything takes time; add travel costs and fees for child or elder care while they’re away, and watch as weeks pass and prices soar.

Haven acknowledges that the miniscule number of doctors willing to perform abortions after 16 weeks is both part of the problem and the reason their work is so essential. Yet it also points to the larger political problem of accessibility. Writer Jennifer Baumgardner, a host from 2001 to 2004, lauds Haven while simultaneously decrying the need for it. “As much as these underground railroads to bring women to New York are important, it is infinitely worse than having an abortion in your own hometown. No one looks forward to this. The long journey makes the abortion much bigger, more complicated, and emotionally upsetting than it would be if the women could have an abortion closer to home.”

The lesson, says Baumgardner, a Williamsburg resident, is that “women could have had earlier abortions if they had better access to reproductive healthcare and a way to provide payment for it. I also found that the lack of Medicaid funding contributes to the late-term abortions that the Anti’s say they’re so against.”

Indeed, the reality is stark: Only 17 states presently fund Medicaid abortions; 87% of U.S. counties have no abortion providers, and 16% of women have to travel between 50 and 100 miles for first-trimester abortion services. Another 8% have to travel more than 100 miles each way to terminate unwanted pregnancies. Factor in the recent abortion ban in South Dakota, and pending bans in Mississippi and 10 other states, and the number of women potentially flocking to Brooklyn becomes almost unimaginable.

To volunteer or to contribute funds, e-mail Haven at [email protected]