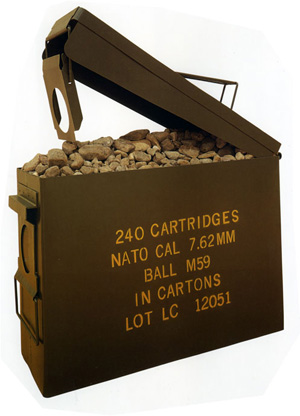 A rare and controversial exhibit that drew rave reviews after opening at the Station Museum in Houston three years back, has finally found a venue in Chelsea. “Made in Palestine” charts the physical and emotional geography of a land torn asunder by fifty years of subjugation and bloodshed. Working in a variety of media, the nineteen artists in this exhibit (known collectively as Al Jisser) present a kaleidoscopic vision of modern Palestinian history since 1948’s Al Nakba (a word loosely translated as “catastrophe”)—the event in which Palestinians were forcibly expelled from their homes to make way for Israeli settlers. Though the artistic visions of the Al Jisser group differ drastically at the individual level, their work is unified by themes of remorse, perseverance, and redemption through the creative process.

This last effect is perhaps most clearly demonstrated in Vera Tamari’s Tale of a Tree. A translucent photoprint of an olive tree—an indigenous treasure that has dwindled over years of occupation and military action—hovers above a gleaming forest of miniature, selfsame replicas sculpted in colorful ceramic. In the show’s catalogue, Santiago Nasar likens “Made in Palestine” to Jung’s notion of art as “the dream of the collective.” Indeed, in Tamari’s graceful installation, it is as though the tiny plastecine models were a crowd gathered to venerate a single collective principle: the dove born branch of old. The suggestion is that the baleful proclamation in Nathalie Handal’s poem may be inverted. Just as war begets war, so peace begets peace. What remains to be seen, then, is whether the collective conscience of Tamari’s artist peers lives up to this promise. For as much as this exhibit serves to solidify the creative imperatives of a distressed but unified people, the talk of subconscious cultural mythologies begs the question: Is peace in the Middle East just a dream?

The answer, so far as it can be gleaned from the artwork, is complicated. What emerges from this exhibit is a landscape stippled with voids both psychic and literal. As is often the case, the most effective pieces are those that not only describe the wound but seek to repair it—those that attempt not only to recollect loss but to remember it in the form of art and artifact.

Noel Jabbour photographs the families of martyrs gathered around painted or photographic memorials to their vanished loved one. Here, more than anywhere else in the show, the void of war is apparent. In these disconcerting portraits, the figures are arranged so as to create a kind of aporia—a blank space—that is less convincingly filled by the relics of loss than by the subjects’ steady, perseverant stares. Mary Tuma’s Homes for the Disembodied, a series of dresses that “make notice of the absence of the human form,” repeats this theme of non-presence. Her gowns float ominously above the gallery floor, their wearers hauntingly truant. In Nida Sinnokrot’s West Bank Butterflies, maps of the Gaza strip have been duplicated and reversed so that the two components make up the image of that revered insect of Nabokovian musings. The work is at once an urging for the harmony that could be, and a memorial to those creatures that have fled in the face of havoc.

Yet it is not merely natural or metaphysical absence that the artists of Al Jisser are concerned with, but historical absence as well. John Halaka’s self-disclaiming vision of a nomadic history, when seen from afar, could almost as easily pertain to the Jews of the Warsaw ghettos as to the refugees of Jenin or Saffurya. Upon closer inspection, one observes that these images of a forlorn race have been painted out of thousands of stamp impressions bearing the inscription: “forgotten survivor.” Halaka’s work is not an affront to those we most often associate with the term “survivor,” but rather a plangent reminder that history is written by those in power.

And where there is power, there is victimhood. Rana Bishara’s Blindfolded History consists of a series of translucent images silkscreened in chocolate on glass. The work bears striking resemblance to large scale Leon Golub exhibits from the 1990s in which the artist juxtaposed war photographs alongside transparent vinyl prints of his paintings. Here we see images as iconic of the struggles between misbalanced forces as anything ever put to film—Palestinian men with their faces buried in their own occupied land; a solemn young boy hurtling a stone at a tank. The odd choice in medium suggests that for Bishara, the opportunity to disclose images of her people’s history is both dilute and bittersweet.

Rajie Cook’s Ammo box, consisting of a NATO embossed munitions container filled with rocks, is the most provocative, contemporary, and pugilistic work on view. Positioned at the center of the gallery space, it stands out like a cold, ironic indicator of our times. This is the type of conceptual work one might expect to find at the Pompidou in Paris; or perhaps even at the Armory. Within the context of so personal and ingenuous an exhibit, its blunt sensorial impact feels inorganic, quarantined. Yet it succeeds in sculpting, in stone and steel, the iniquities of asymmetric power and the empty promises of western nations supposedly staked in humanitarian concerns.

In November of 2004, in an effort to block fundraising, Westchester County legislators released a statement that the “Made in Palestine” exhibit “contains several paintings, photos and poems that demonstrate anti-American, anti-Israel and anti-Jewish hatred, as well as pays tribute to terrorists.” Such unqualified reactionism is not only inaccurate, it is indicative of the two-sided refusals of sympathy that have led to an organization like Hamas being in power. What the artists of “Made in America” offer is less an excuse than an explanation for the seemingly dark turn their diasporic nation has recently undergone. “Made in America” is not an incitation, but an invitation to understanding. Is it one we are willing to accept? That close to two thousand New Yorkers showed up for the exhibit’s opening is a sign that many have already made the first step.

Emerging from the artist’s ongoing research into the extensive archive of her father’s art practice, this artist book allows for a different portrait to materialize. It’s a portrait that uses the physicality of the bookwork itself to explore the complicated rhythms of remembering, forgetting, and storytelling that exist between generations of a family.

Kozloff brings to bear her considerable Pattern and Decoration chops, reinterpreting with bold compositions and colors the plans created by Union and Confederate soldiers. On every map, she also paints renderings of the COVID-19 coronavirus, juxtaposing past and present in an urgent appeal to confront the forces—political, economic, and cultural—that have made this country as divided as it has ever been since the Civil War.