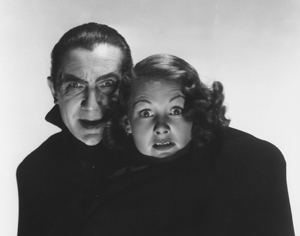 Horror films have been around since the 19th century, with Le voyage dans la lune director Georges Méliès’ Le Manoir du Diable (The Devil’s Castle) premiering in 1896. Robert Weine’s 1919 masterpiece of expressionism The Cabinet of Dr. Caligari set the standard for feature length horror while demonstrating the genre’s potential for profundity and influencing other film movements from surrealism to film noir. F.W. Murnau followed with an epic body of horror, including Nosferatu in 1922 and Faust four years later. In the US, Universal produced a seemingly endless parade of iconic monster horror, helmed by masters Tod Browning and James Whale.

As the genre assembly line peaked, the greatest casualty was horror. By the 1960’s, Westerns and crime pictures had found new identities, regularly generating genre work of global import and Oscar candidacy. Horror remained largely ghettoized as a genre with only 70’s Italian and Japanese new wave J-Horror lasting beyond a Friday night date screening.

March 6–30, BAMcinématek offers a worthy alternative with Some Kind of Horror Show, an annual collection of lost horror treasures. Previous incarnations brought riches from around the globe and this year BAM assembles an even weirder and more eclectic mix guaranteed to fill in the gaps of the most die-hard filmgoer’s personal lexicon. Forgotten George Romero from the seventies, gothic horror imports from Finland and a number of reinterpretations of the vampire metaphor round out the showcase. 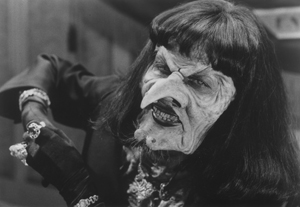 BAM’s month-long festival kicks off with part three of Dario Argento’s “animal trilogy,” a series of films connected by only name and subculture, specifically Giallo: a uniquely Italian cocktail of sex, crime with two parts horror. Michael Brandon plays Roberto Tobias, drummer for a sexy 70s rock band, who’s being stalked by a relentless sociopath. Argento originally chose Ringo Starr as Tobias with John, Paul and George taking the role of the band, but The Beatles broke up before shooting. The director’s love of both Hitchcock and Antonioni can be heard at top decibel with 4 Flies echoing Blow-Up drenched in blood. As Argento loyalists know, the man uses blood as a painter, with sharp contrasts and a master’s intentionality. 4 Flies also marks the final collaboration between Argento and composer Ennio Morricone. The pair parted unpleasantly during the final stages of production. Morricone’s departure led Argento to form his own prog rock group, Goblin, who scored his most famous works. Monday, March 6, 6:50 and 9:15pm. The Onion hosts an opening night party following the 6:50 screening.

Few directors range as wildly as John Landis. Over his career, Landis helmed bizarro cult movies (Kentucky Fried Movie, Amazon Women on the Moon), frat boy classics (Animal House, The Blues Brothers) and surprisingly, a solid body of original horror films. Innocent Blood, like American Werewolf in London before it, deconstructs the horror genre while infusing it with a level of comedic humanism. Anne Parillaud plays the vampire Marie, who craves sex and blood in equal measures and vows to feed only on those truly deserving of death. Topping her list: Robert Loggia, playing every goomba Robert Loggia character you’ve ever seen. With Chazz Palminteri, Luis Guzmán and Casino-era Don Rickles. Don’t blink or you’ll miss Dario Argento as the paramedic. March 16 at 7:00 pm.
John Landis in person for a Q&A after the screening. The Landis-directed zombie music video for Michael Jackson’s Thriller will be shown beforehand in a 35mm print. Sadly, Jenny Agutter’s shower scene from American Werewolf in London is not included in this program.

A remake of Browning’s silent London After Midnight, with Lionel Barrymore and Bela Lugosi standing in for Lon Cheney. Here Browing takes a piss out of the House That He Built Himself with features like Dracula and Freaks. Real giant South American bats were imported to spice up an already joyfully over-the-top vampire tale. Legendary cinematographer James Wong Howe (The Sweet Smell of Success and The Heart is a Lonely Hunter), already 10 years into a career that would span much of film history, creates a lush gothic atmosphere. The confrontations between Barrymore and Lugosi celebrate some of the maddest, most ego-driven acting on celluloid. Monday, March 20 at 4:30, 6:50, 9:15pm

A bizarre and overlooked collision of cinema, puppeteering and children’s literature, The Witches boasts a strong pedigree that makes mock of the notion of “Children’s Horror.” Based on the book by Roald Dahl with effects by the Jim Henson Creature Shop, this film constitutes the final project personally overseen by Henson before his death. As with Henson’s Labyrinth, humans and puppets interact seamlessly. Directed by Nicholas Roeg, who had suffered much since Performance and Walkabout, The Witches still showcases much of the director’s alchemical sensibilities. We feel the horror of the characters’ circumstances as they shift between human and animal form. British comedy mainstays Rowan Atkinson and Jane Horrocks keep a decisively English feel to decisively English source material.

Something really strange happened to Hayley Mills between 1965 and 1966. The young leading lady carved a niche at the Disney Studios in breezy family fair like the Parent Trap and Summer Magic. In ’65, she made Disney’s That Darn Cat and within a year starred in Roy Boulting’s The Family Way under the tagline, “Hey there, Hayley Girl…You’re in a Grown Up Movie Now!” Publicity wasn’t kidding. The Family Way is rife with sex jokes and Hayley Mills nudity. During production, Mills fell in love with director Roy Boulting, a man 33 years her senior. Together the two would make Twisted Nerve three years later, a picture of equally adult/adolescent sensibility, famous as Britain’s first spatter film. Leo Marks, who wrote Peeping Tom, one of the most disturbing films ever made, co-wrote the screenplay. Controversy dogged Twisted Nerve from the first frame. Boulting offended every sensibility with excessive violence and a killer suffering from Down syndrome (never mind making his young wife take off her clothes). The film’s most famous contribution to pop history might be Bernard Herrmann’s whistle-happy score which found its way into Kill Bill Vol. 1. Wednesday, March 22 at 4:30, 6:50, 9:30pm

James Castle was deaf artist who lived much of his life on subsistence farms in rural Idaho and neither pursued nor received recognition for his remarkable art during his lifetime. Now recognized as a master—the subject of major shows at the Philadelphia Museum of Art in 2008 and the Museo Nacional Centro de Arte Reina Sofía in 2011—Castle made small, intimate works of art composed of soot and spit, materials he turned into agents of prodigious, if deeply personal, achievement.