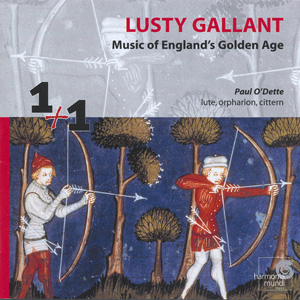 Jozef van Wissem (with Gary Lucas and “field recordings” on some tracks): The Universe of Absence; Objects in Mirror Are Closer than They Appear; Narcissus Drowning; and Simulacrum: Mirror Images for Solo Lute and Electronics (all on Persephone/BVHaast, Netherlands)

Over four CDs, Jozef van Wissem attempts contemporary amalgams of Renaissance lute pieces. These well-intentioned efforts are often subverted by the quirky slide guitar of Gary Lucas, sounding far more out of place than in his glory days in Captain Beefheart’s last Magic Band. With production values ranging widely, Van Wissem presents a “live” and spontaneous aesthetic, flubbed notes and all. At times, he seems to be lost in the woods without a map.

Throughout numerous tracks, Van Wissem conjures a folksy-bluegrass ethos with mono-chordal 4/4 transverse picking, noodly and rambling, and muddied up with cluttered overdubs, bends, and cheesy bottleneck slide. On other tracks there are strains of John Fahey’s boozy ramblings with heavy reverb, and odd scratchy instrument-abusive underlayings of distortion.

Evoking a slightly more traditional lute usage, Van Wissem loads up on narcotics and attempts some murky understatement on “The Edge of Doom is Set to the Root of All Your State.” On “Of Gladder Flowers than Gardens Wear,” he succeeds with a slow and mildly interesting structure, stripped of all pretension and electronic obfuscation, discordant without irritation, and devoid of clumsy attempts at fancy fingerwork. Understated and melancholic, this track politely asks to be listened to. “At Night the Silence Seems to Flow” is a thoughtfully slow excursion into melancholy and someone’s soulful inner dark twilight. The real treasure of this sort is “Reiterate Paean.” Lush and thoughtful, this small gem starts slow and annoyed, like fingers tapping impatiently on a tabletop, and resolves to a catchy melody that is utterly beautiful, ends too quickly, and begs to be played again. Why is this one lovely track such a rarity across four CDs of material?

Tapping into the trend for site-specific field recordings, Van Wissem tries to perk up dull passages with his own garden variety, but they bring nothing to the material. On a formal level considered alone, these tiny radio scratchings are lonely, dry, shallow, and unevocative.

Even on the most successful tracks, the production values tend to flatten out the sonic space, rendering Van Wissem’s lute smaller than necessary. Unfortunately, there is nothing contained herein that strongly proclaims these works as contemporary lute pieces. When these compositions do work, it seems that they could have been rendered much stronger if just a high-quality large-body acoustic guitar were deployed. To my ears, there is nothing in the composition, arrangement, or production that clearly says “L-U-T-E,” and Lucas’s sleazy slide work dirties up the proceedings and muddies up tepid melodic structures that are struggling enough on their own.

At the very least, Van Wissem can be credited with experimental attempts at expanding the scope of contemporary lute composition. Most tracks are well-intentioned, if often pretentious, somber, and simplistic. Overall, these four CDs contain wildly uneven material that totally misses the mark as often as it hits and sticks.

Meanwhile, sounding much fresher and conveying a sense of topical immediacy, we have a sterling example from one of the world’s reigning lute virtuosos and scholars, the prolific Paul O’Dette and his recent two-CD release of English ballads and seventeenth-century works, Lusty Gallant: Music of England’s Golden Age. This flawless collection devotes one CD to “Robin Hood: Elizabethan Ballad Settings for Lute, Orpharion, and Cittern,” and another to “Lord Herbert of Cherbury’s Lute Book.” The former disc is a collection of miscellaneous English works that concern themselves with such timeless issues as “I Cannot keepe my wife at howme,” “John com Kisse me Now,” and “Will yow walke the woods soe wylde.” The latter contains selections from one of the largest extant collections of Renaissance and early Baroque lute works known, that being a personal “real” book of lute exercises collected by said Lord Herbert in the seventeenth century.

Thirty years ago, O’Dette began his musical career as a rock musician. At a point early on, he discovered the lute. His subsequent career as scholar and performer has done much to rekindle contemporary interest in lute works. If you think that O’Dette’s pristine recordings are the stuff of boring bourgeois background music, think again. His lively and precise style renders four-century-old compositions fresh and compelling. Surprisingly, in some of these English ballads, with their repetitious figures and chunky major-key “power chords,” one can hear prototypical models for contemporary pop and rock music (“Buckinghames branle”), while the selections performed on orpharion (a thin-voiced, dulcimer-like instrument) reveal haunting and deeply evocative love odes for the ages (“Sueit smyling Katie loves me”). O’Dette imbues these antique compositions with a sense of urgency that defies definition, delivering the fullest possible tonal coloring with a meaty lute-ishness that you can really sink your teeth into.

By comparison, Van Wissem’s compositions sound like vainglorious, student-grade simplifications of mature masterworks beyond his understanding. His CDs can only operate in the undiscerning noir alt/pop youth market—they could never hold their own against any serious new classical/historical works. For all of his opaque titles and high-flown methodology of regurgitated Renaissance works—expressed as dumbed-down “palindromes” tarted up with one-dimensional “field recordings” and Gary Lucas’ goofy Beefheartian slide work—a full expression of Van Wissem’s potential is only realized when he sheds the extraneous bullshit and begins to approach the truth and beauty of the music he is parodying—the kind of lush and aching timelessness that sounds so fresh and easy in O’Dette’s capable hands.

Scott Marshall is a painter and multimedia artist with a long history in experimental audio. http://scottmarshall.org

SCOTT MARSHALL (www.subliminal.org/paniculture) is a painter and multimedia artist.

In 2021, while being interviewed for a story in Art in America, the writer mentioned a paper by Jane Gallop entitled “The Ethics of Reading: Close Encounters” (2000). After the interview, I printed the essay from my home Xerox machine and set it aside. A few days later, while going through my weekly readings, I noticed a smashed bug! It seems that it crawled into my printer and became part of the text itself. A new composition emerged: a smashed bug whose expelled bits and wildly distributed printer toner obscure the original text. With this highly textured new text, we are reminded that a text is never finished. The substrate, the paper, can hold annotations, emendations, evolving textures, and glitches.

95. 24 University Place, A Restaurant in Chinatown

A young artist frequents the Cedar Bar where he drinks with older painters he admires. It’s there that he meets and befriends an artist who gives him a piece of advice he never forgets.