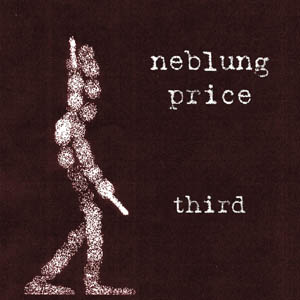 There is nothing as strange as that which is absolutely ordinary. Yep. It’s a lesson I learned long ago from Eraserhead, Grant Wood’s American Gothic, and the motel portraits of Ed Ruscha. I think it’s a good question to ask of anything creative: Does it put the familiar in a new light? Does it shake up our sense of the normal? For me that’s as good a definition of art as anything. (Which is to say: It sucks. But does it functionally suck?) At any rate, it enables me to explain to myself why Spielberg, Bela Fleck, and The Lord of the Rings fall outside the category of art. That’s something. But, back to the strange. I’ve always been struck by the way Midwesterners can twist their excessively normal surroundings into something quite weird. Pere Ubu (and, in fact, most good Ohio bands you can think of: MX-80, Gizmos, Electric Eels, Tin Huey, Pagans, Brainiac, Devo) do it like breathing. But I’ve come to believe it’s not just a Midwestern thing. It might be a west-of-the-Hudson thing. It could even be a beneath-the-moon thing. But there’s no doubt it’s a Jersey thing. For what could be more oppressively normal than most of New Jersey? And so what better breeding ground for art?

Bringing me to Neblung Price. They’re from New Jersey. They’re undeniably strange. And of course perfectly normal. Which is to say neurotic; schizophenic; prone to sudden fits of laughter, crying, coughing. Even their name is strange-normal: it reminds me of “Smith Ohlrig,” the protagonist/antagonist of Max Ophuls’ 1949 noir, Caught, who chillingly conflates psychopath and Average Joe.

This is the multi-instrumentalist duo’s third album, titled, simply, Third. As with their previous releases, Third has that two-guys-in-a-home-studio-who-have-listened-to-too-much-music sound—but only in the best way. (Jim Price was a longtime WFMU DJ and played drums for legendary home-taping giant R. Stevie Moore.) Like any good post-post-post band (think Ween, Oneida) they romp in a garden of styles without ever getting academic about it. I sometimes get the feeling I’m listening to a Dutch band trying to imitate the White Album—wonderful! The familiar made strange.

Certainly some sublime music has been made by home-noodlers: Emmit Rhodes comes to mind. Neblung Price aren’t pop monsters like Rhodes, but they’re something just as unusual: poets. Yep. I only started getting the beautiful unity of this album after a number of listens (usually a good sign—there aren’t many masterpieces that reveal themselves quickly and dirtily). Now, don’t go getting yer gauge up—I’m not claiming Forever Changes status for this monkey; the jury’s still out. But I will tell you this. Third is held together by a kind of dark (yet smart-assedly playful) sensibility not altogether dissimilar from its Big Star namesake. Fear and doubt seem to be the predominant emotions here, carried as much by the music as by the words. Or rather by some ineffable sum of music and words. Most of these songs begin with lovely acoustic-guitar fragments that keep on cycling, often drenched in long reverb and reminiscent of classic Brit-folk. A second, distorted guitar might enter, plus a simple Satie-like piano figure. The occasional drum (usually not a full kit) or percussion egg. There’s not a lot of dramatic “development”; more often a long A section, followed by a brief B section, then back to an A coda. The words tend to be Haiku-crisp and somewhat impressionistic, the delivery affectless. Phrases sometimes repeat at random, in the manner of Gertrude Stein. In general, the stuff breathes.

The opening cut, featuring some character named “Marigold” (I have no idea) actually succeeds in being…well, eerie. The third song reprises some of the same lyrics in a different setting. Wild stuff this is. In a quiet way.

Of course, just when ya think ya got ’em pinned down, Neblung Price squirms away: “The Boldface Three” comes out of left field like a blast of Rubber Soul country-folk-rock, but somehow fits like a puzzle piece into the whole; as does the hilarious “Thank You Bags,” narrated by a young indie geek (who sounds like Wayne Coyne) enthusing about his fave obscure band (“I might be their only fan”). As does “Mandrake Hose,” an unabashedly pretty forty-six-second acoustic-guitar duo.

The final number, “Dark by Seven,” brilliantly combines the strains of whimsy and foreboding, as an addled narrator indulges in paranoid musings: “looking at a cobweb/chewing on my thumb…the phone might ring/and that could change everything…it’s getting dark by seven/I’m so afraid.” Not sure who this fellow is but he sounds like a latter-day Syd Barrett as played by David Thomas. The piece disintegrates into coughing and applause, and an acoustic guitar comes from out of nowhere to pick up the baton and carry it to the finish line.

Dann Baker has been anchoring the psych-pop band Love Camp 7 for the past twenty years, but would toss it all for a career as a Broadway ingenue.

With Pleasure: Pattern and Decoration in American Art, 1972–1985

With Pleasure: Pattern and Decoration in American Art 1972–1985 at the Museum of Contemporary Art in Los Angeles presents an affirmative and celebratory survey of a less-studied yet deeply influential movement that presents a historical background for some of the trends we see in contemporary art today.