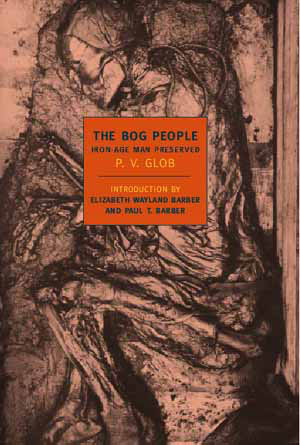 They are pursued by hunters.

With this spectacular bit of late Pleistocene yarn-spinning (paraphrased slightly, of course) begins Ingri and Edgar Parin d’Aulaire’s Book of Norse Myths, returned to print by the Erudition Jr. publishing arm of the New York Review of Books (also known as its children’s collection) after more than twenty years. Having endeared themselves to succeeding generations of sandbox classics majors—myself included—with their collection of Greek myths (first published in 1961), the d’Aulaires’ eccentrically illustrated follow-up came six years later, perhaps as a paean to the Scandinavian folklore of Ingri’s youth; as the book’s jacket notes, she traced her family’s lineage back to the Viking kings.

Born from a creation myth of the highest fantastical order, life in Norse mythology began with a spark, kindled within crystals of whirling ice, “early in the morning of time.” A “frost giant” named Ymir and a “hornless ice cow” soon emerged from the primordial ether. No intelligent designer here to speak of; whether intelligence is required to unknowingly birth offspring from a sleeping giant’s armpit, and from under a cow’s tongue—warmed from repeated, satiating licks at the salt-rimmed, gaping maw of the universe—is perhaps the only issue worthy of public debate. But from this quite literal tongue-lashing came Odin, first and greatest among gods, and—with his two brothers—murderer of Ymir, out of whose body he fashioned the earth (Midgard). The gods, whose fates are tied to that of a massive, sky-tall tree named Yggdrasil, “Like plants, beasts and men…too, one day must die.” In this universe, gnomes forge hair of real gold; gods give birth to serpents, wolves, and pale hags; the sun and the moon are towed in carts across the sky; and dead heroes fight fiercely in the afterlife, shearing head and arm from torso, only to reassemble themselves in time for supper. Magnificent, all of it. If this doesn’t whet your (or your child’s) appetite for mead and sweetmeats, consult your physician, as you’ve developed a nasty case of whimsy deficiency.

Norse myth pervades our culture; it’s provided bountiful inspiration for fabulists named Lee (Stan, of Marvel Comics) and Tolkien (John Ronald Reuel, of, well, you know) among many others. What would Wagner’s Ring Cycle be without the titular Valkyries that ride in the German composer’s famous overture? And yes, should you be reading this on a Tuesday, Wednesday, Thursday, or Friday, it might be prudent to offer up a small sacrifice to the Norse god after whom today is named (Tyr, Odin, Thor, and Freya, respectively, while Monday and Sunday belong to the Moon and the Sun). The d’Aulaires gorgeously appointed volume of tales (within which a true etymological gem of a glossary is buried at the back) also served as enrapturing entertainment for writer Michael Chabon who, as you might expect, wistfully—and with near-perfect pitch and passion—unpacks his affinity for the world of the Northmen in his preface; a world in which, Chabon writes, “begins in darkness, and ends in darkness, and is veined like a fire with darkness that forks and branches.” He uses no less than 14 adjectives to describe god of mischief Loki—Norse mythology’s most fascinating character—and offers a wry yet spot-on subtitle for the book “which for many years was [his] favorite”: How Loki Ruined the World and Made It Worth Talking About.

In This Craft of Verse, a collection of lectures delivered by Jorge Luis Borges—around the same time the d’Aulaires were consumed with magic hammers and Midgard—the Argentine fantasist claimed, “I no longer believe in expression: I believe only in allusion. After all, what are words? Words are symbols for shared memories.” Myths regenerate, like the parts of us that remain ever-young and ever-receptive to fables and fairy stories, and their endurance in part accounts for the shared (or is it, by now, rehearsed?) breathlessness at the release of a new Harry Potter book, Peter Jackson’s filmic fellowship, and the forthcoming C.S. Lewis screen adaptations. Myths possess an attraction irresistible to us because they attempt to relate—however clumsily or elegantly, brutally or gently, cleverly or impossibly—how something came to be, in an ancient time and place that often feels more familiar to us than it should.

In Carousel, the stage is often crammed with props such as wooden pallets, lobster pots, and clambake detritus, leaving little space for the dancers. But Peck guides the action vertically by inserting jumps and spins; arms and legs make variegated shapes to add visual interest.