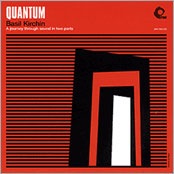 British composer, tape-music pioneer, and “library music” genius Basil Kirchin (b. 1927) died on June 18 after a long bout with cancer. In the years before his death Kirchin was fortunate enough to see his work rediscovered by a new generation of experimental-music aficionados (including Brian Eno and Jim O’Rourke), after languishing for decades in the obscurity well known to decades-ahead-of-their-time sound artists. Thanks mainly to the efforts of Jonny Trunk of Trunk Records, a stack of long-out-of-print or previously unreleased Kirchin masterpieces have recently become available on CD. In 2003, in response to a request from Trunk for liner notes for the CD release of his 1973 recording Quantum, Kirchin sent the text below (presented here unedited, except for conversion from its original all-caps format).

If someone comes and asks you to write about a manned trip to Mars, out of the almost infinite amount of different areas and their ramifications, how on Earth does one sort out which to write about…any one of them would need pages…Quantum presents the same problem, but, I suddenly caught myself thinking how nice it would be if instead of getting hung up with the “actuality” of everything involved, I just reflected with you on some of my fondest “feelings” born of the indescribable trip it became…moments that bring me a little “glow” and which will also serve to help the understanding needed for “Quantum” because they would become little moments of familiarity within the “en masse” and all the movements / parts of the different “landscapes” in between…so, my six pretorian guard (musicians), in particular the four minds of Evan Parker, Graham Lyons, Kenny Wheeler and Darryl Runswick…most of what they play is “not on the instrument”, but just for the record, soprano sax, bassoon, flugel horn and bass…the sounds made by all our animals, amplified insects, birds, and the tram which on a rainy day in Zurich when turning a particular corner would become a complete orchestra with sections when “brought out”...the birds who sing “God Save the Queen” (in among the others) at the start of part one…the kids of Schurmatt…Schurmatt is in a valley in Switzerland which is inhabited only by autistic children, their carers, teachers, and contains their flats, schools, gym, swimming pool, shop etc and before I met her, my wife Esther had a class of nine of her own…spread over the next ten years I spent around a year, in and out, recording the sounds these children make when trying to communicate…music is sound and as such is totally subject to the laws of quantum physics…if one goes “down and down” through the molecules atoms protons neutrons electrons to the two hundred sub-divisions of quarks and photons, plus all their “anti’s”, what was within the parameters of the human ear has long since dropped away and what before was above the limits of the human ear are now drawn down to the level a human being can hear…so, in effect one is hearing things no human ears have heard before…then there are some of the “duet” parts…Evans duet with the bird at the start of part two, plus the duet between Anreas (left speaker) and Gaby (right speaker)...again, Andreas’s duet with the rock guitarist who in one place sounds as if he’s trying to strangle Andreas who at that precise moment sounds as if he actually was being strangled…in part one in certain places there is an enormous arco type bass section sound, it’s just two hornbills…the interplay between bassoon and geese where one simply can not tell which is which as the geese fragment their notes producing normal harmonics as well as chain reaction harmonics too…the interplay between bass, bassoon and one of the kids called Doris…some of the actual melody’s / phrases she intones are worthy of Coltrane and Eric Dolphy…the amazement I still feel when, hearing how “free” it sounds (yet) knowing it’s accurate to a twenty fourth of a second, everything recorded to click track and on film, not tape initially, and it all actually stays together!...the beginning of part six (not yet released) is simply one boy, on his own nothing added, and what goes off in the human body when we talk is truly unimaginable.

Invention and innovation leap from every change in direction, one technique superseding another and with elliptical explorations that return over the years: he never seems completely done with anything—there is still more to do with fresh insight and new discoveries.