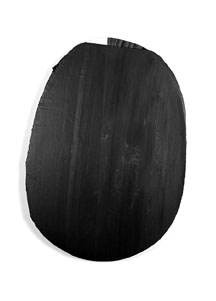 Nine weeks after the opening of the much-discussed Greater New York show at P.S. 1, Chelsea’s CRG Gallery opens its summer program with a tongue-in-cheek counterpart entitled Greater Brooklyn. Inspired by the fact that most of New York’s younger generation of artists are based in Brooklyn, this exhibition features thirty artists who have only two things in common: they live in or close to this borough and they continue to pursue their art-making without steady gallery representation.

While searching for artists to be included in their show, curators Alex Dodge and Glen Baldridge skipped the traditional route leading from direct dialogue to studio visits, and instead initiated an open call on the Internet, asking for submissions of picture files, artist statements, and essays. High tech and removed, this process only required the viewing of digital reproductions and hence, highly interpretative sources. Out of a rumored 400 eager proposals, Dodge and Baldridge selected works they had never seen before and settled on artists they had never met!

Obviously, this kind of generalized and impersonal curatorial approach has a variety of problems (not to speak of the lack of fun), in particular in terms of aesthetics, since the thirty chosen artworks vary immensely in terms of media, style, and content. Furthermore, it is hard to do justice to any known and especially unknown artist by only allowing for one work to represent a whole passionate oeuvre. However, with an original thematic concept behind it, rich diversity can become a motivator to turn unrelated fractions into interlocking puzzle pieces, to tie loose ends into a net. In the end Greater Brooklyn can be experienced as a colorful yet unstructured and very selective glimpse of what waiting to be discovered in Brooklyn’s creative studios. Though it is arguable that this project hardly differs in spirit from the chaos inherent in any art school’s graduate exhibition, which longs to encourage art dealers to scout and sign up new talent, one should take advantage of the only thing this show really has to offer: the discovery of some unsung treats.

These include two watercolors by Bella Foster and Theodore Kersten, which in line with the current trend towards the figurative naïve, enchant through the intelligible and humorous symbiosis of boldly outlined human forms and animalistic fable creatures. Set against simplified landscapes, these embody a powerfully contradictory mixture of helplessness and playful adventurism, transforming each character into symbolic personifications of adulthood’s struggle to find footing in a world post kindergarten.

The tragic comedy accompanying these little moments of truth is often extended beyond the sheer physicality of the artworks by introducing titles worthy of song lyrics or diary confessions.  Personal announcements, such as “I Heard a Tree Fall in the Forest Last Night” (Foster) or Eddie Martinez’s “If I only had a Sweet Bill Cosby Sweater” sound equally au courant, the latter giving an almost South Park-ian rendition of a 1980s styled counterfeit a distinct message. Wearing a Boston Red Sox cap and an exquisitely patterned sweater, which would make knitting circles and Scottish shepherds equally envious, Martinez’s hero stares at us, proving that there is no dream too campy, no statement too banal to deserve honest painterly devotion.

Casually demonstrating that the abstract can be disguised as “minimal with a twist”, the highly sophisticated works introduced by Jim Lee and Keiko Narahashi blend the boundaries between painting and sculpture. Whereas Lee’s “Ultra Blue Wood” might seem an imperfect flat oval from afar, it manifests itself as a three-dimensional wall construction as soon as seen from up close, changing from a succulent hole to a protruding force. In comparison, Narahashi’s “Untitled (Small & Red White)”, a skillful assemblage of varying rectangles held in a sugar cane palette, appears much softer. In fact, similar to sensations often generated by Claes Oldenburg’s large latex sculptures, Narahashi’s delicate piece makes it hard for any viewer to obey the “do not touch, do not squeeze, or lovingly squish the artwork” rule, common in so many exhibition halls.

In “Lincoln,” an astonishing ink on paper, George Boorujy captures the late American president without the standard beard known from any five-dollar bill. Instead, lush chest hair framing chiseled collar bones make up for it, providing Boorujy’s extreme realism with a slightly surreal aftertaste, which increases when turning to the adjacent wall presenting Sam Wilson’s “90210: The Complete 10 Seasons.” An homage to home videotaping, this work consists of numerous cassettes made of molded paper, all carefully stacked and arranged side by side on a shelf. Containing thorough descriptions of their imaginary contents, each object succeeds in questioning what spending valuable time means. What was more joyful to Wilson, watching the actual television show or translating his experience into sculptural form, thinking of the meaning each illusory videotape would signify?