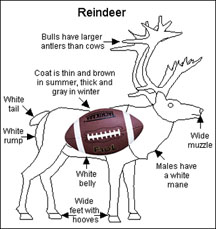 Every Sunday some of the men drag four trash cans onto the field at the Cadman Plaza in Brooklyn Heights, two at either end. Too bad if they stink or overflow with garbage—they are the goalposts for a weekly soccer game. The teams are decided by wherever the players are standing when their warm-up session ends. The goalie is whoever is closest to the garbage cans. Out of bounds is more of a state of mind than an actual physical place, and the game is played until one of the teams scores two goals or until the players get tired.

“It’s a bunch of guys from different parts of the world trying to make their lives here in America,” says Peyrot, who is a documentary filmmaker. “And every Sunday they get together and let loose.”

“Pierre and I felt like we needed exercising,” says Ervi, a lanky music producer who lives in Brooklyn. He remembered the day the two first dragged the trash cans onto the field, the first kickoff to what has now become a weekly soccer game. “We found this sandy field and it looked pretty useless. Nobody wanted to play there, so we started. Within 10 minutes people joined in.”

The team’s motto (one of several) is that anyone between the ages of five and 60 is welcome to join. Dogs have been known to play defense. The number of players, usually eight, has been as many as 30 and as few as one. After a goal, spectators will often catch the players wagging their hands next to their ears—a sign meant to represent antlers.

Most of the players are either enlisted passersby or were recruited by existing enthusiasts. “I ran into them in the neighborhood one Sunday and joined in,” says Mahender Reddy, an Indian software programmer who lives in Brooklyn Heights and brought along his brother, Mahipal.

“The attitude on the field is very laid-back,” says Martin Dockery, who works in advertising at Simon & Schuster and heard about the Reindeer from a friend. “Everyone just wants to play.”

And the Reindeer want to keep it that way. They store real goalposts in one player’s basement but worry that if they use the posts the game might attract serious soccer players and ruin the easy-go-lucky attitude on the field. Esko Ali, the immigrant from Kosovo, used to play in the second division of the professional league in the former Yugoslavia, but his talent is an exception among the reindeer.

“After playing so regularly I’ve improved, but that doesn’t mean that I’m good,” says Martin. “It’s all relative on that field.”

When the games end, win or lose, regardless of who kicked the ball through the garbage posts more or who retains bragging rights for another week, regardless of what part of the world the players hail from or what level their soccer skills, the Reindeer all share the spoils of the day: beer. They retire to a local pub for drinks and food and to hash out cultural differences or politics or plans for the coming week. There are no Peles or Beckhams or Ronaldos in the group, which is fine with the Reindeer.

As Ervi says, that’s the way it should stay: “If you think you don’t know how to play soccer, come join us.”

Megha Bahree is a writer based in Manhattan.

Change as Real as New York Schist: “This Used to Be New York” at the 2019 Tribeca Film Festival

My father hailed from Staten Island and called himself a “True New Yorker.” The New York City of his time was everything to him.