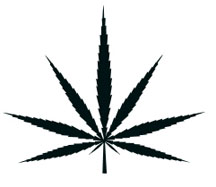 When Bruce became a casualty of the dot-com crash, he turned to selling marijuana to make up for his lost income. Three years later, he has no regrets.

Every month, Bruce sells four or five pounds of marijuana, making a profit of about $5,000. Most of the weed Bruce sells is hydroponically grown within the five boroughs. “It’s indoor grown, within the city or within the state, unless it’s brought in from Canada or California,” he says.

In the few years since Bruce decided that dealing would be his main source of income, he has not only made ends meet but he’s also thrived, while managing to avoid problems with other dealers or police. His success thus far is due, in large part, to the fact that he may not fit the stereotypes generally associated with people who sell drugs for a living.

He’s not flashy. He drives an American car made when George H. W. Bush was president. When interviewed in Prospect Park on a recent, sunny Sunday afternoon, he wore blue jeans, sneakers, and a down vest over a long-sleeved T-shirt. He’s white, in his late twenties, skinny, and about 5’9.” His dark hair is closely cropped, and his hairline is starting to recede. We sat on a secluded, grassy hill on the park’s south edge and spoke while drinking bottles of Guinness.

Bruce is articulate and polite—particularly in his role as a dealer—and is a graduate of a prestigious local university, where he studied film. When asked how many of his clients he considers friends, he responded, “On a certain level, all of them. There’s really only three or four of them that I wouldn’t want to sit down and have a beer with. I don’t have any friends who smoke that don’t buy from me.”

His friendly approach, while not necessarily insincere, is calculated to facilitate business. Through his transactions, Bruce is trying to reform the pot-buying process and cater to a well-off demographic that appreciates his diplomatic approach. The basics of his enterprise are high prices, high-quality herb, and friendly service. His pot usually goes for $20 a gram and sometimes as much as $600 for an ounce. (On Webster Avenue in the Bronx, $600 can fetch half a pound of the dry, seedy marijuana commonly called “schwag.”)

Bruce’s customers are typically in their mid-twenties to early forties. They’re “stable people that aren’t going to rob me,” he says. “I’m keeping a real steady, low-profile business.… I’m looking to meet people with kids and steady jobs that are looking to unwind the right way instead of the crazy way.”

Bruce is the antithesis of a disorganized, lazy pothead. With his strong credit rating, his years as a rent-paying tenant and his steady stream of cash, he was recently able to buy a home on an exclusive Park Slope block for far less than market value. Annie Rose, a neighborhood broker, estimated that a comparable apartment in the area could fetch up to $1,300,000.

When Bruce talks about variable-rate mortgages and his plans to avoid paying the capital gains tax, he sounds more like a young banker than a pot dealer. “I was the guy in the right place at the right time,” he says about his decision to buy.

As for his work ethic, Bruce is almost always on the clock, even when he seems to be relaxing. A trip to a bar with Bruce can mean a few uncomfortable moments sitting in his double-parked car looking at the pile of $60 bags he’s tossed into his dashboard console, hoping he finishes his delivery before a traffic cop passes by. At the bar, conversation with Bruce can be interrupted for minutes at a time by incoming calls to his cell phone. And it’s a virtual certainty that he’ll run into someone from his network of clients before he’s finished his second beer.

So why does a person with a strong work ethic, great interpersonal skills, and a top-shelf education turn to selling drugs as their primary source of income? Part of the answer can be found in the dealer’s disillusionment with the workplace and conventional standards of success.

Bruce’s parents divorced when he was a toddler, and he and his younger sister were raised by their mother in a small, working-class Pennsylvania town. He watched a lot of The Simpsons and considered Urkel, the nerdy hero of the sitcom Family Matters, as somewhat of a role model. He’s a big fan of Alexander Dumas’ The Count of Monte Cristo. But his mother had a far stronger impact on him than popular culture.

“My mother worked very hard as a schoolteacher,” Bruce says. “She worked a solid 10, 11 hours a day.…When I finally got old enough to see how the working world went, that was out of the question. So you could say that contributed to my current situation.”

Observing his mother’s struggles lent itself to Bruce’s cynical perspective on the workplace. “I went to college, got out of college, got the dot-com job, and that really showed me what my mom was going through,” Bruce explained. “Working these long days, resenting the people that you’re working for, your weekends just end up being release and recovery, and that’s no way to live.”

Bruce’s upbringing certainly had some bearing on his unconventional career path, but he also may just be part of a generation that considers work differently from their parents. Michael Laskawy, who teaches social theory at NYU’s Gallatin School and whose doctoral dissertation, Uncommitted, focused on the changing role of work in American society, says the belief that work should provide opportunities for self-expression and fulfillment as well as financial survival is a trend among many of today’s young professionals.

Bruce and his peers are more likely than young people ten or twenty years ago to pursue less traditional career options like freelancing and self-employment, says Laskawy.

Bruce’s conversion from dot-commer to dope dealer didn’t take place overnight. It was, in his words, “a gradual transition,” which started when the company who gave financial backing to the Internet-based venture where Bruce worked had their stock drop precipitously, setting in motion a chain of events that cost Bruce and many of his coworkers their jobs. “Their stock went from eighty-five bucks to thirty-five cents in about four months,” Bruce said. “We all knew the ship was sinking.”

Bruce clearly loves his job, and not just because of the money. He sees dealing as essentially positive. To Bruce, pot being illegal is a petty technicality, and he finds the moral questions ludicrous. He recognizes that as a dealer he can bring levity into people’s lives in addition to making a living, and he enjoys this benefit.

Bruce has found success as a pot dealer in part because of Park Slope, the affluent neighborhood in Brooklyn where he moved almost ten years ago. Known for beautiful brownstones and stroller gridlock, Park Slope might not seem like an ideal neighborhood for a drug dealer to set up shop. But according to Bruce, the neighborhood was more than conducive to his business.

“My part of Brooklyn didn’t have a good, stable, steady connection for anything good and reliable and tasty until I started doing it,” Bruce says. “There was a niche that needed to be filled. If you’re in a college town and they don’t have a coin-op Laundromat, how fast are you going to open up that coin-op Laundromat?”

The neighborhood turned out to be the perfect environment for Bruce’s enterprise. “It could be a lot harder for me,” he says. “I could have to work corners, or I’d have to work a bike route. So many of my preferred clientele—professionals, people with steady jobs and kids—have ended up moving into my neighborhood in Brooklyn. They want what I want: consistency.”

Despite the satisfaction Bruce gets from dealing, it’s a means to an end, not a permanent reality. Eventually, he hopes to make enough money on legitimate investments so that he can live comfortably without selling marijuana—and start a family. In the meantime, he plans to keep running his business without attracting the wrong kind of attention.

“I don’t put myself in harm’s way,” Bruce says. “I don’t present myself in a way that’s going to garner suspicion or envy.”

Benjamin James is a writer based in Brooklyn.

A work of art is what it is, obviously, but it is also what it could be. In other words, it is more than itself, but how much more? And through what means does an audience recognize the multifariousness of its being? This is the question that gives gravity to the astute essays of Constance M. Lewallen, Dore Bowen, and Ted Mann in the remarkable book Bruce Nauman: Spatial Encounters.

Bruce Conner & Jay DeFeo (“we are not what we seem”) is a testament to the singular relationship, cultivated over decades, between these two stalwarts of the post-war San Francisco cultural scene.

Having spent time with the newer works currently on display at Sperone Westwater, I suspect that they might be his most searching philosophical inquiries. That they were undertaken at moments of career retrospection, recovery from illness, and the care of and mourning for a partner make the underlying melancholy that I somehow always feel when reading Wittgenstein that much more palpable.