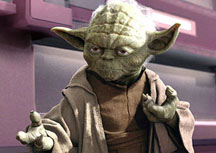 There is a tendency among publications that deal with high culture, like this one, to ignore mass culture. When mass culture is treated, it is often done from the standpoint of some grand indictment of it. I agree with many critiques of mass culture, but I don’t think that agreeing with the critique of mass culture should lead us to completely ignore it. For this reason, it seems that something should be written about those neglected big-budget blockbusters for a change—and they don’t get much bigger than Star Wars: Episode III—Revenge of the Sith.

I have never been very good at not ruining endings, but in the case of this Star Wars film it seems that most people have a sense of how things turn out. Therefore, I’ll be less cautious. The film’s events take place during a civil war that progressed over the course of the previous two films. The Republic allied with the Jedi face off against separatists allied with the Sith (bad versions of the Jedi). Against this backdrop, the promising young Jedi, Anakin Skywalker, experiences certain crises. At home, he’s having marital problems. No one is supposed to know that he’s married to Padme, a senator of the Republic. She has gone and gotten pregnant, so that makes it more difficult for the married couple to keep their secret. Add to this Anakin’s visions of Padme’s death at childbirth, and you’ve got one miserable Jedi. That’s not all: at work, Anakin’s bosses (the Jedi council) don’t really trust him. They want him to be patient and have more experience before promoting him—they can kind of tell that he’s likely to screw things up.

That’s enough to make anyone join the bad guys. With the promise of teaching Anakin the power to save his wife and making him more powerful than the members of the Jedi council, the Sith lord (and I won’t say who it is, that’s a surprise…), who, as it turns out, orchestrated the civil war, lures Anakin to the dark side. From there, everything goes to shit. All but two of the Jedi are eliminated, the democratic Republic is overthrown, and a dictatorship is declared. For obvious reasons, Anakin’s wife leaves him. The only hope is the twins that she gives birth to. You’ll have to see the next three installments, which came out over twenty years ago, to find out what happens next.

So what can the critic say of the new Star Wars? Well, it was better than the last two, but it still sucked. The whole thing was mind-numbingly maudlin and silly. Garnish this ill-profound stupidity with a lousy script and bad acting, editing, and cinematography, and one can only conclude that the critics of mass culture are right! It’s too ridiculous to even discuss. What is there to take seriously about this film?

While all this is true, it also misses the point. Star Wars is a modern myth and the brief criticisms I just leveled against it are not so very different from those that were once brought against another great myth, Beowulf. In defense of Beowulf, J.R.R. Tolkien argued in “Beowulf: The Monster and the Critics” that myths should not be aesthetically analyzed. Nor should they be examined simply from the standpoint of some parable. The power and popularity of myths derives from sensations they excite in their audiences. Obviously, some myths are more profound than others, but it remains true that throughout the centuries many of the greatest and most popular myths have spoken of uncomplicated human feeling in the least sophisticated manner possible.

Star Wars does not pretend to be something that it’s not. It’s a myth, perhaps a lesser myth, but a myth nonetheless and not unlike those recited in Anglo-Saxon mead halls. That it is poorly executed, I’m willing to forgive. The original three films more than make up for the enormities of the last three. As a whole, the story works. It appeals to our joys, fears, and desires. It is a reflection of what is important to us. To look for something deeper in it is to fetishize it, to make it something that it is not and attribute to it qualities that it does not have. It is in fetishism that mass culture begins to cause problems.

In the raunchy political comedies of ancient Greece, it was perfectly acceptable to talk back to your critics onstage.

Merril Mushroom came to New York City in the early ’60s like many queer people: looking for a home, excitement, a place she could be herself, and artists to hang out with and admire.

“Instead of call-out culture, we’re calling them in”

The Broadway Advocacy Coalition began in 2016 but, in light of continuous police brutality and calls for racial equity, has gained steam even as theaters are closed. Here, Diep Tran profiles the vital organization, speaking with two of its leaders about birthing a movement and shepherding it into transformative times.

These fissures guide our reading of Steidl’s 509-page compilation. Eight essays, written in Czech and in English, outline the entanglement between political compulsions and images published in a nation consistently redefining itself throughout the twentieth century.