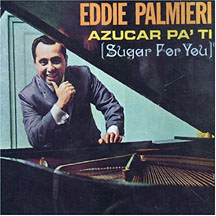 New York’s Latin music today sounds like a front for producer-phenoms, its acts panting to cross over, perhaps because their top voices got their start singing club music in English. Salsa romantica has been poleaxed, first by merengue, of late by reggaeton. Listeners with ears for Cuban music—and in the words of Larry Harlow, who’s played and produced salsa since the sixties, “all our music came from Cuba, which came from Africa”—seem locked in the middle of last century. Buena Vista Social Club’s commercial whammy dovetailed into the Bush administration’s chokehold on working visas, and it’s been a year since Cubans such as piano maestro Chucho Valdez, timba’s Charanga Habanera, Los Van Van’s international juggernaut, and the venerable Orquesta Aragon have played these shores. In 2001, the musical Quien Mato a Hector Lavoe? scored stage success; with film rights to salsa’s street hero in J.Lo and vocalist Marc Anthony’s hands, it seems best to hope that Lavoe’s story, a pinnacle of New York salsa, gets big-screen play one day.

Yet most of the very bandleaders who originated salsa play on. The music’s elder statesmen—Harlow and his Latin Jazz Legends, Ray Barretto, Willie Colon—have found creative refuge in jazz and in replay-reformations and, with summer park concerts coming, the time’s now to get out and hear what they do live. May it serve as primer towards what their first bands created in the pre-salsa sixties: a groove as vital as any of New York City’s myriad musical forms, and one that sounds fantastically vibrant and dynamic to this day.

Salsa achieved critical mass in the mid-seventies, with huge concerts filmed from Yankee Stadium to Zaire. That it didn’t evolve further stems from marketing dictates sanitizing it for the mainstream, and from the fact that it had been slashed from its root a decade earlier: the thrilling, decades-long cultural give-and-take between New York and Havana, a bridge that had already generated vigorous elaborations in big-band jazz and the mambo. The mass popularity of the former in its heyday is tough to get a handle on today, with jazz historicized at Lincoln Center; in like fashion, it would be difficult to overstate the pervasive rage that was mambo music. Big-screen cameos capture the phenomenon: an outbreak on cobblestones in Fellini’s I Vitelloni in the mid-fifties, along with Dorothy Malone in a red negligee for her lewd, climactic solo in Sirk’s Written on the Wind, while the harbor-front jukebox café targeted in Pontecorvo’s Battle of Algiers and the underground nightclub in Fukasaku’s Black Lizard bear witness to the sixties’ mambo frenzy.

The curtain fell fast and combos emerged, weighted by commercial constriction—as big-band jazz would microscope into free- and soul-jazz—and the political exigencies of Fidel and the blockade. The musical self-reliance that occurred in New York over the next decade, shunted from the limelight by rock, laid salsa’s foundation with miraculous, exuberant panache. One overview can be found on a Verve compilation, More Than Mambo. (On the jazz tip, Verve’s The Original Mambo Kings showcases Machito’s and Chico O’Farrill’s killer bands acing the scene with Bird, Flip Phillips, and Buddy Rich.) More Than’s bracing track list was tapped by timbalero Manny Oquendo and bassist Andy Gonzalez, whose Conjunto Libre has blazed in New York clubs for thirty years: four suave Noro Morales tracks from the late forties; pearls from the Machito organization; picks from Patato and Totico’s mid-sixties street rumba date teaming legendary tres guitarist/bandleader Arsenio Rodriguez with “Cachao” Lopez’s lithe bass; and a summit featuring Eddie Palmieri’s smokin’ La Perfecta and Cal Tjader’s swank jazz vibraphone.

As bandleader, pianist, and producer, Larry Harlow’s been a prime salsa force since its inception. Latin radio lights up and club floors swirl with “La Cartera” and “El Paso de Encarnacion,” international smashes from his ’76 title, Salsa.(The Mars Volta recently had him guest on their latest prog-rock disc.) In an interview, he spoke of laying musical structure for what became salsa, in Catskills resorts in the late fifties:

“The big hotels, they had what they called a ‘rhumba’ band for dancing. The super big places like the Concord, the Pines, Brown’s Hotel, and Kutsher’s Country Club had the better bands—Machito, Tito Puente, the Lecuono Cuban Boys, Tito Rodriguez. The lesser ones had La Playa Sextet, Joe Cuba, Charlie Palmieri. And then the lesser ones had the up-and-coming Eddie Palmieris and Larry Harlows, who were still teenagers. I was with Randy Carlos, a Puerto Rican guitarist-singer who had two big dance hits, one called ‘Smoke’ that had the first swing step in a mambo, which caught on with all the Palladium dancers. The hotel I played, Shanks, was the meeting spot where all the bands used to come and hang out after they were finished. We’d start these little descargas, informal jams. Cheo Feliciano was there, and Joe Cuba, and Payo Alicea from La Playa, and Willie Bobo: the best Latino musicians hanging out, getting high and picking up broads.”

Harlow and his high school pals (from “Brighton Beach, the Manhattan Beach area, we used to hang out on Bay Two in the summer and dance the mambo on the beach”) decided to visit Havana. “Stepped off the plane and was immediately in paradise: There were bands playing on every fucking corner! We stayed for eight days; I made myself a promise and went the following year—for two years. I met Jerry Masucci [who’d start Fania Records], who was going to college at the University of Havana. I studied with Fernando Ortiz [Cuba’s crucial anthropologist/musicologist], and made friends with [Jose] Beltran, the bass player from [Orquesta] Aragon, who would see me at all the dances and say ‘Hey! Judio [Jew]! You wanna play?’ And I’d say ‘No, I ain’t ready yet!’ But there was a little coffee shop outside the university that had a piano, a pair of congas, timbales, an upright bass, and we used to jam. And the name of this restaurant was Fania.

“Cuba was all mob-run, or U.S. sugar cane, with poor people who were very poor and rich people who were very rich. By ’59, you’d hear a little ruckus in the street, a hand grenade would go off outside of town, a bomb would explode and you’d read about it in the newspapers. So I said, I think it’s time to leave, the shit’s gonna hit the fan, and left just before New Year’s. I didn’t see any of the musicians again until ’72; I played Caracas, and Aragon was at the same festival and [leader] Rafael Lay said, ‘Judio! You wanna play?’ And I said, ‘Yeah, I’ll play with you now!’”

Pacheco was a Juilliard-trained percussionist; another Julliard (and Brooklyn Conservatory) grad was piano ace Ricardo Ray, who paired with brash vocalist and boyhood friend Bobby Cruz. Ray’s ’64 debut glimpsed forward with “Mambo Jazz,” a track reworked on Se Solto in ’66. Conguero Ray Barretto’s sophomore effort unleashed “El Watusi,” which went both gold and Top 20 in ’63; in ’68, his Acid veered from the intensity of Adalberto Santiago’s vocals and Orestes Vilato’s timbales to popular R&B-drenched tracks. Joe Cuba had a rep for farming talented sidemen and for English-language grooves by the time “Bang Bang” and boogaloo went ballistic in ’65. Harlow weighed in at mid-decade with records like Heavy Smokin’ and Bajandote, before he debuted vocalist Ismael Miranda on El Exigente. (Their subsequent developments will help lead part two of this article into the seventies.)

The mad maestro who’d led the charge, though, was Eddie Palmieri, whose first band’s recordings are surefire portals to this sizzling era. Those discs’ ceaseless verve had him revive a La Perfecta II in 2002, backed by young bloods and sporting the indefatigable Eddie Zervigon’s wood flute. (Zervigon’s Orquesta Broadway, one of the city’s ongoing musical treasures, waxed their breakout cha-cha, “Como Camina Maria,” in ’62.) In the mid-nineties, when the first three La Perfectas appeared on CD, the mother lode had fully opened: Between ’62 and ’66, Palmieri and his twin-trombone band had cut seven impeccable recordings. The starting-gun sass of …and his Conjunto La Perfecta (on which flutist George Castro had to be listed as “No relation”) gleams through El Molestoso and Lo Que Traigo Es Sabroso to the darkening power of Enchando Pa’lante, which Bobby Rodriguez fuels into one of music’s memorably bass-driven records. With Manny Oquendo’s alert precision back aboard (timbalero Julito Collazo’s limber flex had filled in for Lo Que and Echando), the band hit a hard drive that remains as invigorating as it is arresting to hear. At about nine minutes, Azucar Pa Ti’s title track smashed DJ time limits, while Oquendo nabbed Pello El Afrokan’s late-measure beat—all the rage in Havana, banned in the U.S.—from pirate sources to drive Mozambique and Molasses, which had Palmieri fending commie-sympathizing threats while claiming the rhythm cover as his own.

La Perfecta’s collaboration with jazzman Tjader yielded the smart, swinging El Sonido Nuevo in ‘66. There’s also an Musical Productions release, Timeless Live Recordings, with excursions by Oquendo and Palmieri limning the band’s adventurous sound. La Perfecta closed the Palladium in ’66; by the next October, Robert Farris Thompson wrote in the Saturday Review that “the Eddie Palmieri ensemble is artistically the most promising dance band now performing in the United States.” Thompson was not alone in his opinion: People speak today in tones of undiminished exuberance of dancing to La Perfecta while in high school four decades ago.