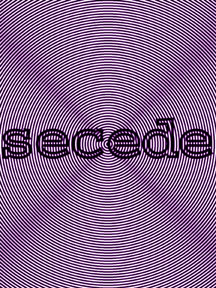 The following is a speech delivered on April 16, 2005, at a “Secession Town Hall and Cabaret” event held in Brooklyn.

I don’t care how it comes down, whose name gets in the paper, or whose turf gets stepped on: I want progressive change. Real change. Not less bad in contrast to totally Hitlerish, not another Band-Aid on an open chest wound gushing blood, not no centrist fine-tune acceptable to prolifers in Kansas, but a permanent, systemic shift in the human condition. I want change like change means change. Change like there was a before and now there’s an after. Change that equals the death of the monster.

But so what. Everyone in this room wants progressive change. We’re all fucking disgusted with how the United States has to come to equal nothing more than greed and fear. You don’t need me to break it down for you. You don’t need me to tell you that this democracy is a sham, that George W. Bush is a piece of shit, that multinational corporations run everything, and that consumer capitalism is destroying the planet. The only way me standing up here serves any purpose whatsoever is if I have some shit to throw down that might add up to something. Otherwise, it’s just another Saturday night when I get drunk and alienate everybody.

And what of the bigger picture?

Massive protests that are fun to go to and provide great visuals but dominate the scene and take months to plan—they haven’t worked. Direct action where you and your friends spend the night in jail while the pigs are out that night getting drunk watching the Knicks—that hasn’t worked. Pretending the cops are our friends by not calling them pigs but “community liaisons” while they take away our First Amendment rights and laugh at us behind our backs—that hasn’t worked. And putting your faith in some asshole acceptable Democrat who in any other era would be a Republican puke—well, that sure as hell hasn’t worked.

It is time to cut the bullshit—and if this makes me a bad guy, good. We need to make change, and that is not going to happen under the boot of this superpower American economy and its fucked-up air-we-breathe mass media. Your concerns aren’t even on the radar screen of this country. Let me repeat: YOUR CONCERNS ARE NOT EVEN ON THE RADAR SCREEN OF THIS FUCKED-UP COUNTRY. If you think ecological sustainability and economic equality are part of the game plan of the United States of America, they just opened up ANWAR for oil exploration and cut bankruptcy protections for the working class while eliminating the estate tax for the rich. It’s over. The United States is dead. The judicial branch upholds the status quo, the legislative branch is bought, and the executive branch is a bullshit distraction. And trying to say things like, hey man, all we need is like a ten percent shift in the collective consciousness—shit, you might as well get stoned, play Dungeons and Dragons, and listen to Rush.

And so what do you do when your boyfriend is a piece of shit who disrespects you and could care less what you think about anything—you dump his ass! You summon your guts and you build a new life. And that’s what we are going to do. We are going to secede from this backwards-ass blob and make a progressive, creative, hyperdemocratic, nonsexist, nonracist, nonspeciesist, decentralized, socialistic, intelligent, environmentally sustainable nation that we love and of which we can be proud. We are going to leave those redneck dumbfucks behind once and for all! Let ’em outlaw abortion and marry their sisters. Let ’em watch Nascar and jack off to the World Wrestling Federation. Let ’em shop at Wal-Mart, watch TV six hours a day and suck down McDonald’s. If it was up to them, slavery would still be legal. I for one refuse to be a second-class citizen in a nation of born-again Christians who watch Fox News and vote for George W. Bush. I will not subordinate my life and hopes.

The struggle for progressive independence deepens tonight here in this room—the New York secession! Secession DOES work. I was there hanging with my writer buddies in Edinburgh when they did it in Scotland. I danced in Wenceslas Square in Prague when they did it in the Czech Republic. I sat at the feet of old Spaniards in Valencia and heard stories to set your soul on fire about Catalonia. And now we’re going to do it here. We are going to locate the revolutionary bravery in all our hearts and forge a new, progressive nation. And while we’re on our way to autonomy, we’re going to be sending the red-state dipshits a message that can’t be misunderstood: “We are so disgusted by your sold-out, eat eat eat, shit shit shit, caveman-bonk ’em-on-the-head zombie pukefart way of life that we want no part of you.” You’re right—we are all a bunch of bleeding-heart liberal tree-hugging homos—so let us go. We are seceding. You have your bullshit Christian nation where you segregate the schools and have public executions, and we’ll have our rationally based progressive state where we overfund public schools and spend our Saturdays at gay weddings. You lock people up in your military-prison-industrial complex; we’re going to get legally stoned next to state-funded solar panels.

So let us now be good lefties and crush every idea with insane questions before it ever gets a chance to breathe: “Do you think we’ll need a merchant marine academy? Or, regarding our new legal system, will we need federal appellate courts, and if so, what will the criteria be for subject-matter jurisdiction? Or under 1999 international economic accords regarding monetary stabilization, does our new currency attach to a pre-1970 gold standard? On that note, have you even designed a new currency, because how can I take you seriously if you haven’t designed a currency? What about a coast guard? Will we be in the Olympics? What are you going to do about the potholes in Red Hook? Or have you outreached to the Turkmenistan-American transgendered community, because I don’t see any of them here?”

My beloved, you don’t drop an apple seed in the ground and be eating apple pie with a slice of cheese melted on it the next day. We have got to grow this thing. We have got to fight for it. Make it work. Build the movement. Stop waiting for something to happen! Let’s be real enough to admit that we’re here tonight to make change. Secession is the means.&#x2026;But if you think you can do nothing, you’re wrong. Straight up: you have got to go out and do your own secession events. The potential is there and you fucking know it. This is one of those rare moments in time when something could happen. Again, I don’t give a shit whose name is on it. Tell the media that you invented the word secession and as such are the only hope for change in a world gone mad. It’s the truth. How do you think history gets made? People like us say enough of this fucked-up sickness—orale ya basta!—and put it on our shoulders. This is a room full of revolutionary leaders.

An exhibition of 13 video works addressing today’s most pressing global concerns, Wandamba yalungka/Winds change direction, takes its title from the traditional language of the Waanyi aboriginal people of Queensland. The language is on the verge of extinction, spoken by only 16 people as of 2016. Expertly curated by Maura Reilly for the Performa website, the exhibition brings together an international and multi-generational group of artists.

Can the Pandemic Really Change our World?

The pandemic has made starkly visible the impact on health of social and racial inequities, as illustrated now by myriads of reports demonstrating striking differences in COVID-19 incidence rates and mortality by social class and race.

In Monika Baer’s second exhibition of new paintings at Greene Naftali, familiar tensions are teased out between her fluency with the norms of academic realism, and an apparently superseding interest in the painting as a handmade object that can be perceived from a multitude of varied perspectives.