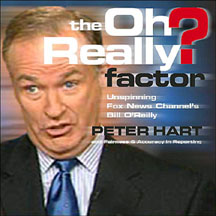 It’s not a breaking story that conservatives and their media dominate the changing landscape of news in America. Whether it’s the Fox-like shift of cable news, or the blogging that seems to have forced high-level resignations at PBS, CNN, and CBS, or the saturation of blustery talk radio, the right has helped create the essential crisis of traditional news. Add in the continued concentration of media ownership that has helped allow White House-produced video news releases to pass as packaged news, as well as the lack of fact-checking that enables Machiavellian talking points to pervade news hooks, and it’s clear that news, at least in its traditional High Objective model, is in crisis.

As progressive media mounts a challenge to the right, it’s useful to look at precisely how conservative thinkers have plotted their strategy.

Richard Viguerie and David Franke outline the right’s assault in a recent book, America’s Right Turn: How Conservatives Used News and Alternative Media to Take Power. As it turns out, they and other conservatives (with great gumption, I might add) call conservative talk radio, cable news, and the Internet “alternative media” and take credit as a movement for conservative media’s rise to power. They even throw direct mail into the category of alternative media (Viguerie is credited with being the guru of the conservative direct-mail revolution that began in the late 1960s). The authors consider these to be alternative media because they opposed the Liberal Establishment—as represented by the network news and the “agenda setting” papers. In this telling, liberal journalism reigned from the 50s through the 70s, until the election of Ronald Reagan opened up the media landscape.

An aura of I-told-you-so hubris, underpinned by the martyr complex present in right-wing talk radio and the Fox News Channel throughout the Clinton years, especially pervades America’s Right Turn. The strategy is brilliant in its own propagandistic way: “fair and balanced” refers to the idea that Fox is finally bringing real conservative viewpoints of God and Country to the masses after so many decades of being cut out of the equation. The Internet and talk radio are finally letting people talk back, interact, and get dirty with news people. No longer can some cabal of insular, brainy elitists at CBS News or The New York Times decide what’s good for the country to know. All in all, it’s the conservatives who are the victims (and, at least according to the book’s statistics, most of America is conservative). This is much the same line that Murdoch used in the U.K. years ago when he attacked the BBC for being staffed by patronizing elitists from Oxford and Cambridge who forced current affairs TV programming on a public that really wanted to watch topless darts.

Viguerie and Franke dwell on statistics from reputable studies by the Pew Center and the Project for Excellence in Journalism that cite how the audience for network news broadcasts and magazine shows dropped by half from 1993 to 2002, and how over 60% of politically engaged citizens now get their campaign news from cable. They are also very clear about their view of journalistic standards, stating that traditional news outlets ply nothing less than “a tone of faux objectivity disguis[ing] what was in reality an elitist control of the nation’s political discourse…the sort of monopoly enjoyed by Pravda in its Soviet heyday.” But while they are so disdainful of objectivity (“The bottom line is that there is no such thing as objective reporting”), they consider Fox a “great success story” because it supposedly allows for different points of view. They quote Roger Ailes, head of Fox News, who says that “Bias has to do with the elimination of points of view, not presenting a point of view.” It’s a line that fits perfectly into the stratagem of martyrdom now that the “alternative media” are finally getting their say.

Objectivity, Opinion, and the Death of Facts?

Viguerie and Franke’s take on direct mail and talk radio especially could shed some light on the future of media. They argue that these forms have been successful essentially because they tell people what they want to hear, giving them select information that reinforces their worldview and lets them “win the water cooler wars.” This model of media is steadily becoming normalized on all sides. Until recently, both newspapers and short TV news programs presented a variety of domestic and international information so that readers or viewers would run across a story unintentionally and thereby become more aware of the world. But it now appears that running a news outlet like that is a liability.

In some sense, all news is now compromised, if not in incident than in perception. You might read The New York Times most days and have assurance that you are getting a good deal of straight fact and objective-as-can-be stories from around the world that you wouldn’t run across otherwise. And that’s an important standard to say the least. But then the Jayson Blair or Judith Miller debacles puncture this reputation and remind you that all information should be critically evaluated. Even so, the fact remains that around the country it’s probably more common for someone to get their news by coming across a local paper full of edited wire reports, listening to talk radio, or even, increasingly, from e-mail alerts from groups with specific agendas that show up in your inbox.

Have we now come to a postfact, postobjective era? Trustworthy news cannot be explained simply as the consequence of limited technology. There were also important regulations on and provisions for news outlets to be politically fair and balanced in return for the use of the airways. In one sense, we are experiencing the chaos of the deregulated “free market” of information that, almost by necessity, becomes divided, partisan, and subject to manipulation and lies. And the information battles may become increasingly more ferocious.

While it looks like conservatives have become quite content with consuming—and therefore helping make commercially successful—“their” media, the important question is where that leaves progressive media, especially in the years leading up to the next presidential election. There are indications that a good portion of that half of the country that voted against Bush is beginning to embrace a left media. This is demonstrated not only by the dramatic spike in subscriptions for magazines like The Nation and The Progressive but in the increasing ratings successes of upstart Air America (Viguerie and Franke, for their part, dedicate much space to explaining why the progressive radio network is doomed to fail). I would equate Air America with right-wing radio like Rush Limbaugh only inasmuch as there is a similarity in conduit as well as in the degree of entertainment involved in imparting information. But then again, is there any shame in saying that a model based on such an overtly ideological show is actually working?

Of course, one recurring problem is that the left is more willing to embrace context, multiple points of view, and the arduous search for fact and truth amid the muck. Critical thinking is derided by the right (although it’s often veiled as attacking relativism and context), whereas conservatives “know what they stand for.” There is, of course, an incredible danger in blindly accepting information. But there is more danger right now of letting conservatives continue to set the agenda.

What avenues, then, can progressive media take in the coming years? Some ideas might include: 1) the continued growth of sociopolitical documentary film that “fills the gaps” and offers more in-depth analysis of policy, politicians, and issues; this could perhaps become available through DVD-buying or renting networks for progressives; 2) continued use of the Internet, especially as bandwidth grows and permeates, allowing for video on demand and facilitating short mini-documentaries or issues pieces to be passed around easier; 3) news databases and fact-checking sites. Progressives are known for reading good, in-depth journalism (one statistic from Pew found that readers of Harper’s and The New Yorker were most apt to call themselves liberal), and will continue to dig and compare. Therefore, database access to Nexis or the growing offering of fact-checking sites could become increasingly in demand.

Unfortunately, I don’t hold up great prospects for a progressive counterpart to right-wing cable TV channels such as Fox. While there are some initiatives such as the Al Gore–backed IndTV (www.indtv.tv), Gore and others have made it clear that it won’t be a “political” channel but will try to be interactive in order to reach a young demographic. My question is: why shouldn’t it be overtly political? Bypassing politics might actually turn many progressives off. In any case, the state of progressive news on TV is pretty much summed up by the fact that The Daily Show seems as if it’s becoming the progressive news show. Brilliant and superbly analytical as it is, it still relies on satire to impart news, which remains problematic (but also the subject of another essay).

What It Takes to Start a Revolution

It seems clear that the next few years will bring forth increasingly intense battles in the media and otherwise. The increased moral fundamentalism from the religious right, as seen in the Terri Schiavo case, the reaction to same-sex marriage, or the report that some IMAX theaters are scared to show science films that contain references to evolution, might be indications of the tenor of the next few years.

All in all, conservatives have proven themselves to be effective in creating a movement for real and widespread change. Viguerie and Franke state that it takes a sledgehammer of an issue to distract people from America’s daily preoccupations. “Any cause that hopes to become a mass movement must have at its core burning issues that motivate people,” they say. What kinds of issues have this power, they ask? Their list includes: 1) a perceived crisis that is not being managed by the ruling establishment; 2) threats to the way of life or to the economic security of a large number of people; 3) idealist revulsion against corruption or power grabs by people in a position of power; 4) the conceit of power holders that they deserve to be in power—perhaps even by divine will—and therefore will remain in power, tomorrow as today.

Ironically, it’s clear these characteristics now fully apply to the Bush administration. If there was ever a time for progressives to come together and create a movement, the present is ripe. Still, the authors offer one additional qualification for revolution that may hold the left back: the need for “idealistic projections of a better life once the ‘bad guys’ have been overthrown.” If there is ever a time to work on postulating such an idealistic post-Bush life, it is now. And whatever media we have in 2007 must be effective in convincing a majority of America that radical change is worth it.

The sharpening debate over information, like increasing violence generally, are all phenomena of a deepening crisis in the social fabric of modern Western societies.