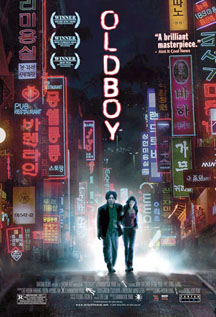 Years ago author V.S Naipaul was sitting roadside at some desolate pass on the Pakistan/Afghanistan border and this tribal kid crested the trail. The kid, moving along with his family of nomads, wore battered Air Jordans, a T-shirt advertising an American soft drink, and a baseball hat for an American pro sports team, and carried a big, shiny boom box blasting American rap. Naipaul writes that ten years earlier he would have gone into paroxysms about cultural imperialism, the loss of indigenous identity, and pervasive Western short-term entertainment/distraction leeching the life out of centuries-old tribal culture. But this time, watching the increasingly commonplace spectacle pass, Naipaul thought: “Trade goods. It’s nothing more or less than trade goods and all that implies.” Naipaul was unable to find a moral position re: trade goods. His final take was that since antiquity, cultures have swapped artifacts and the values implicit therein. Worlds may be colliding more violently now, and one culture’s data may travel at twice the speed and ten times the impact of another’s, but hey, that’s the marketplace in action.

And so, like V. S., I’m wondering if it’s possible to draw any moral, philosophical, or artistic insights from the nonstop around-the-world ricocheting of cinematic tropes and themes that so inform the burgeoning genre of American, European, and Asian upmarket, self-conscious, high-style ultraviolence. Once it was ping-pong: Leone steals Kurosawa’s Yojimbo to make a Zen Western (“An Eastern,” Leone called it); John Woo raids Peckinpah and West Side Story for blood-soaked, homoerotic obsessional epics wherein plot counts for nothing and style = content; Tarantino takes Woo’s excess, adds plot and smart-ass commentary, apparently blowing Asia’s mind; with Crouching Tiger, Ang Lee melds formerly too-expensive Western special effects with archetypal themes and Hong-Kong chop-socky…but it’s not ping-pong anymore. The idea ball flies back and forth across the Pacific too fast to be seen. The cultural conversation has become a Möbius strip, an infinite energy exchange where going and coming, starting and stopping are as irrelevant as figuring out who thought up what first.

Adding to the confusion is the delayed domestic release of films made a couple of years ago, like 2003’s Hero and Chan-wook Park’s much anticipated Oldboy.

Oldboy is a vengeance saga and, until we learn the motives behind the vengeance, seems a simple urban Western—a monosyllabic loner moves through a desolate landscape seeking relentless payback. Our hero pursues his single-minded quest, kicking asses, yanking out molars, gobbling down live squid; he’s a bull in search of a china shop. The Old Boy of the title fights like a Rottweiler, all head, hands, and teeth. It’s not like his adversaries don’t have it coming, and Oldboy pushes the limits with the extremes of its violence. There seem echoes of Irreversible—violence so beautifully shot and willfully excessive that the story falls away as we revel in the blood and style. Yet as we watch, we watch ourselves, aware of the moral dues for such revelry that must be paid by the hero and the audience. The early, bloody, claustrophobic part of the film, dues aside, is a deeply satisfying cartoon with an increasingly perceptible undertone of much darker themes.

Park’s themes are served by his considerable visual poetry, presented in the modern noir idiom. He shoots super high-contrast color and works those green fluorescent-light shadows for all they’re worth. Park, an artist of the tracking shot, cuts from movement to movement, always with strong narrative purpose. The story doesn’t want for momentum, even when the central mystery is so mysterious the plot makes no sense. Influenced by the mad ravings of Takashi Miike’s Ishi the Killer, Park drops surrealism into the story, but it’s always in service of illuminating his characters. As a result, his self-indulgence never seems all that indulgent. Like when a lonely girl takes comfort in the hallucination of an eight-foot ant who strolls into her deserted subway car, sits down and debonairly crosses its legs. Just as the most artistic of the violence, the surreal moments put us in the duality bag, where we’re equally aware of shattering the narrative and of the emotional effect of the moment. The appearance of the ant is the sweetest, most touching moment in the film.

About the three-quarter mark, things slow down. Old Boy, so consumed with rage he makes no progress on the great mystery that propelled his vengeance in the first place, seems thick as a brick. Since he can’t even find the damn mountain, it has to come to him. Our villain is revealed, but wait—he’s a villain with secret. And a swanky Bruce Wayne apartment high above Seoul that echoes John Vernon’s bachelor aerie in Point Blank, the archetypal vengeance noir. The first glimpse of that apartment brings John Boorman’s ’67 film so clearly to mind; Lee Marvin, like Old Boy, came alive only in violence. He cared little about resolution and took so much (overtly) sexual pleasure in inflicting pain. And, like Old Boy, he didn’t mind receiving it, either. But Park is less suited to exposition than action, and as the film enters the final act there’s both too much and not enough explanation.

Park finally introduces the motivation behind the mystery, and believe you me, it has heaviosity. And it’s told in a new visual language, all gentle pastels and lyrical, sweeping shots. Here Park loses himself in the sentimental excesses of Woo at his worst, with swelling music and lingering close-ups that make it impossible to tell if he’s mocking his own processes or really believes in all the cheese. However heavy the themes prove to be, they don’t feel structural enough to bear the weight of all that ultraviolence.

And so I’m left to ponder: Were those gallons of blood supposed to make us consider—as Park suggests in his interviews—how a guilty conscience passes on its rage to another through violence in a Möbius strip of unending befouled karma that proves a dark mirror of the traveling of cinema-ideas around the world? Or does Park’s delirious style exist only in the service of one swanky undermotivated decadent bummer?

On March 4 the Film Forum launches their new series, Essential Westerns. They’ve eschewed later, revisionist works (The Wild Bunch, McCabe & Mrs. Miller, Heaven’s Gate) to focus on eighty years of America addressing its own mythology head on, in the most classic forms. It may be more difficult to see a beautiful print of a classic Western than any other sort of film. And it’s my experience that today’s film students know little about the Western, its place in American cinema history, or the joys of a well-constructed shoot-out, metaphorical or otherwise. But there is no American film history without the Western, and little history of America’s notion of what constitutes manly behavior, either.

Here’s a heresy for you: I hate The Searchers. It’s obvious, overwrought, overacted, ungainly, sentimental, pious, and about as racist as John Ford ever got (which is pretty damn racist). Even the much-vaunted opening and closing shots seem obvious and didactic. No, give me Ford’s Fort Apache and My Darling Clementine. The latter is a masterwork of black-and-white cinematography and features one of Henry Fonda’s most understated, complex performances. Wyatt Earp did not really exist until Fonda invented him. One of the many joys of this series is the astonishing range of Fonda and how much he could do with so little. In Clementine, Ford condenses his notions about the Western and manhood to a clear primer:

1) A man must roam to be a man, and when he takes a woman and ceases roaming, he may be improved in

spirit, but he is no longer a man true to himself.

2) Civilization is a good thing, but it ruins a man’s soul.

3) There is no moral courage without physical courage.

4) Blood must be repaid with blood.

Fonda shines again in the one noir Western, The Ox-Bow Incident. A desolate parable against the House Un-American Activities Committee and the blacklist, Ox-Bow opens with two horsemen riding into what appears to be the set for Waiting for Godot. Things only get bleaker from there. Shot in rich shadows in a landscape where no tree grows not made for hanging, written with sparse dialogue, Incident seems designed to undermine every Western heroic trope. Fonda remains a hero despite the sewer of human emotions he negotiates. Naturally, given its era, there’s some Freudian hollering between castrating father and closet-case son, but what can you do?

It’s hard to beat Anthony Mann for Freudian obsessional subtext. The dialogue in his films seems ridiculous at times, and he signposts emotional situations like a nature trail. But after the first few minutes, the power of his framing stirs the slowly dawning comprehension that though the film appears to be a conventional Western, it’s addressing far darker themes under the Western rubric: paralyzing self-loathing, incestuous lusts, murderous greed, unquenchable loneliness. The Furies stars Barbara Stanwyck fighting to keep her ranch and coming to terms with her father, played as King Lear by a truly scary Walter Huston. She’s one of the strongest women in Westerns, and unlike all the other strong ones, does not appear to be deranged by her strength. She does, however, seem to be unsexed.

Another Mann, Winchester ’73, demonstrates again that Jimmy Stewart might be the single finest, and certainly the bravest, actor in movie history. His willingness—and ability—to glory in the most violent, perverse, solitary emotions never seems to detract from his air of innate moral goodness. The bloodlust ferocity of his hand-to-hand combat in Winchester ’73 is matched only by a similar battle in a Mann noir, Raw Deal. Shelly Winters provides another performance of barely repressed sexual hysteria, while Rock Hudson debuts as an Indian chief.