[A Theory Is Drawn] 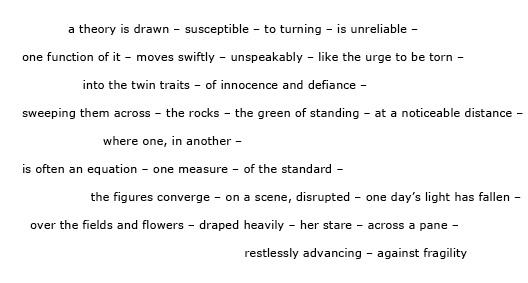 [Coaxed – Sculpted to Admit – of Suddenness] 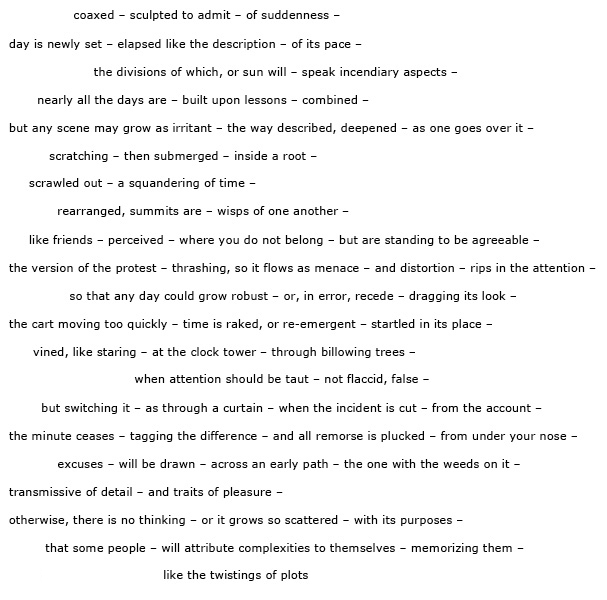 Lisa Lubasch is the author of To Tell the Lamp (Avec Books, 2004), How Many More of Them Are You? (1999, winner of the Norma Farber First Book Award), and Vicinities (2001). She is the translator of Paul Éluard's A Moral Lesson, forthcoming from Green Integer Books in August 2005.

The Money Theory of the State

Kafka’s unfinished final novel, The Castle, can be read as a parable about the misrecognition of power.

Whither the American Pastoral?

The preeminent historian of the American environment, Leo Marx, died on March 9, 2022, with sadly little fanfare. Marx was the famed investigator of the American theory of the pastoral whose writings stand among those of other historical theoreticians like Frederick Jackson Turner and Richard Hofstadter.

Steven Pinker, a Harvard psychologist and one of the most popular Rationalists, has published a book called Rationality,3 based on a course he gives at Harvard, in which he treats the subject of reason scientifically, elaborating on subjects such as logic, probability theory, and cognitive psychology.