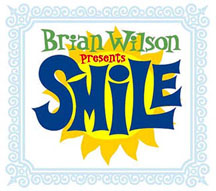 Still from the film “Decasia.” Courtesy of Hypnotic Pictures.

Many Rail readers will already be familiar with the bare outlines of the history of Smile, the legendary lost Beach Boys album. Nonetheless, the background story of Nonesuch’s new release is worth rehashing—in part because some of its frequently repeated elements are debatable. The standard version of Smile’s history begins with Brian Wilson determined to top his previous album, Pet Sounds, with an ambitious “teenage symphony to God.” As he labored month after month, articles appeared touting the amazing and “important” music taking shape. Finally, various pressures, internal and external, led Wilson to cancel the project in May of 1967. Just four months later, however, the Beach Boys released Smiley Smile, an album containing at least five pieces originally slated to appear on Smile. Smiley Smile was very badly received at the time, however, and is still largely considered to be mostly a failure.

After this disappointment, speculation as to what the “real” Smile would have been like only grew, kept alive in part by the stray Smile-era tracks that popped up on later Beach Boys albums and on bootlegs. Now, thirty-seven years after Wilson abandoned Smile, Nonesuch has released an album that purports to present the legendary unfinished album complete and more or less as it was originally intended to be.

While the liner notes to Brian Wilson Presents Smile (by Beach Boys expert David Leaf) exhort the listener to “listen to this music without the burden of history,” it is quite difficult not to compare this version of Smile to all the bits and pieces that are already out there. Unfortunately, it mostly suffers by comparison. For one thing, Wilson’s voice has not aged well, and his somewhat awkward phrasing conveys an uncomfortable sense of discombobulation and displacement.

The most significant disappointment, however, has to do with the Nonesuch CD’s relatively conventional approach to recording and arranging. In some ways, it suggests that what is most innovative about the Smile-era material has yet to be widely understood. Simply put, many people expected and expect Smile to be Pet Sounds times ten—that is, similar in approach, but even more Phil Spectorish, more grand, more orchestral. It is of course impossible to say just what Smile would have been like had it been completed in 1967, but several of the Smile pieces that ended up on Smiley Smile are very different from the versions on the Nonesuch release, and represent Wilson at his most introspective. The two pieces that epitomize this are “Wind Chimes” and “Wonderful,” both of which are highly innovative—but not in the way many Beach Boys fans have been conditioned to expect. In the liner notes to the Smiley Smile CD, David Leaf comments that the Smiley Smile versions of these tracks “make us feel the loss of Smile because, while the released versions are very nice, the Smile takes are something else completely, something much more original and powerful.” I would argue the reverse: The Smiley Smile versions are much more impressive. They feature wonderfully subtle arrangements and performances and startlingly original mixes. Delicate, almost subliminal sounds, sometimes quite dissonant—wispy women’s voices, tinkling keyboards, a scraping violin—weave in and out from deep in the mix; little noises are amplified through close mic’ing; sounds are transformed through tape effects. By contrast, the Nonesuch recordings very closely follow the straightforwardly arranged rough mixes that can be heard on the 1993 retrospective box set Good Vibrations. Similarly, the fanciful arrangement of “Vegetables” found on Smiley Smile, featuring the Beach Boys blowing into bottles and pouring a glass of water in time with the music, has been replaced on the Nonesuch release with a comparatively pedestrian use of percussion and piano that hews very closely to the demo version found on Good Vibrations.

Another problem throughout the Nonesuch CD is a performance by Wilson and his backing band that is lacking in subtlety when compared to Smiley Smile or other Smile-era recordings released throughout the years. The wonderfully supple phrasing of Carl Wilson’s vocal line on Smiley Smile’s version of “Wonderful,” for example, is replaced by a much heavier stress on the downbeat (by Brian and his musicians), leading to a comparatively crude bounciness.

Despite these criticisms, there are reasons to recommend the new version of Smile. In composing the music for Smile, Wilson used an approach often referred to as “modular”; essentially, this means he created lots of little bits and pieces that he fit together like jigsaw puzzles. On the Nonesuch album, it is fascinating to hear some of these bits and pieces appear in different configurations. For example, what was once the final section of “Wind Chimes” is now at the beginning. There are also pieces that have previously only appeared as backing tracks, sans vocals—such as “Song for Children,” also known (on bootlegs, at least) as “Holidays,” or “Roll Plymouth Roll” (a.k.a. “Do You Like Worms?”). Other tracks, such as “I Wanna Be Around/Workshop,” “Barnyard,” or “Mrs. O’Leary’s Cow” (a.k.a. “Fire”), could previously only be heard on bootlegs, often in off-pitch, lo-fi versions. Finally, despite my comments above, there is certainly some value to reconceptualizing Smile as an extroverted concert piece rather than a jewel-like studio creation. If nothing else, this provides another perspective on some of rock’s finest music.

Something as Ordinary as a Smile

“The New Normal” already is no longer new, it is The Normal. As women and femmes of trans experience, we already know what struggle is, but what we know more than anyone else is how to survive and endure. Living is not easy, but being alive, I hope, will come more naturally once we realize that we have the ultimate power to learn and grow from all this.

Lewis Warsh: Part of His History

Steve Clay is the publisher of Granary Books, as well as an editor, curator, archivist, and writer specializing in literature and art of the 1960s, ’70s, and ’80s. He is the author or editor of several volumes including, most recently, Intermedia, Fluxus, and the Something Else Press: Selected Writings by Dick Higgins.