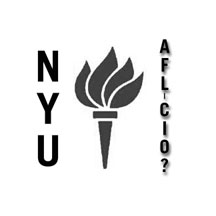 Graduate student workers across the nation have been trying for years to form unions and get them recognized by their universities. Their success often hinges on one question: are graduate assistants employees? They teach classes, read papers, and assign grades, but do they have the right to negotiate salaries and working conditions? This summer, the union effort was dealt a major setback when the National Labor Review Board issued a decision stating that graduate workers are not, in fact, employees. This statement, which overturned a 2000 ruling involving NYU that said graduate workers are employees with the right to unionize, could damage organizing efforts across the country, including the heated battle at Columbia University.

A typical English teaching assistant, who might teach undergraduates, assign grades, and even determine some course content, could expect to earn about $10,000 for his or her work in the 2001-2002 academic year, according to a 2001 survey by the Chronicle of Higher Education. He or she might receive only limited benefits, be subject to unpaid overtime, and work without a desk or office space. “The university has shifted a lot of the [work] burden from faculty to graduate students, and they’re naïve to think they could do it without graduate students organizing in their own defense,” says Priscilla Murolo, a labor historian and co-author of From the Folks Who Brought You the Weekend.

The struggle to form collective bargaining units for graduate assistants has been going on across the country for more than 30 years, resulting from the attempts of educational institutions to cut back on labor costs. As universities rely less on full-time, tenured faculty and more on graduate students and part-time adjunct professors to teach classes and perform other duties like grading and tutoring, many graduate students (as well as adjuncts) have become frustrated with their low stipends, lack of benefits, and increasingly long hours, and have responded by attempting to organize unions.

There are currently 23 unions on more than 60 campuses in the United States, according to the Coalition of Graduate Employee Unions, with the vast majority at public universities, whose workers are government employees and fall under state labor laws. NYU is the only private university to have a recognized union. Columbia is one of several additional private universities with active organizing efforts, including Brown, the University of Pennsylvania, Tufts, and Yale, which has been struggling for recognition since 1989.

School administrators, by and large, resist union formation: “They’re taking a very hands-off approach and hoping we’ll go away,” says Columbia campus organizer Stephen Twilley. As this summer’s NLRB ruling indicates, the question of whether administrators are obliged to recognize graduate assistant unions continues to depend on whether or not graduate assistants are seen as employees.

In a groundbreaking ruling in 2000, the Board unanimously determined that NYU’s 1700 graduate assistants fit the definition of employee under the National Labor Relations Act and that the university was therefore required to recognize their union, GSOC. But when the Board overturned the NYU decision this summer, it left the NYU graduate assistants’ status in jeopardy when their contract expires in 2005, and it gave other universities added leverage in their fight against their own graduate students organizing.

At Columbia, the debate has become so fierce that in April of this year graduate students went on a four-week strike. When Columbia’s campaign began in 1999, administration officials tried to counteract the movement by offering a modest improvement in stipends. Columbia’s graduate assistant union, the GSEU, continued to advocate for representation, and in 2002, the NLRB’s regional director gave Columbia’s graduate assistants the right to vote on whether they wanted union representation. But before the votes could be counted, they were impounded, pending an appeal by university officials to the NLRB offices in Washington.

As an alternative to the stalled representation election, students voted in March of 2004 by card count, with a majority signing their names onto union cards to indicate their wish to be represented by a union. Columbia declined to recognize the student majority, and 80% of GSEU members voted in April to authorize an indefinite strike.

Hundreds of strikers and supporters rallied at the picket line in April, and the university scrambled to replace absent teachers. Four weeks later, the GSEU agreed to stop the strike⎯due to the outreach of State Senator David Paterson and City Council Speaker Gifford Miller⎯in order to allow undergraduate commencement to proceed undisturbed.

Though the strike didn’t win recognition for the union from the university, Stephen Twilley considers it a positive action. “We had never shown our force before,” says Twilley. “It’s the first time we’d done anything on the offensive.” Columbia did not respond to requests for an interview.

While GSEU organizers say they were disappointed by this summer’s NLRB ruling denying graduate assistants the right to form a union, they also say that it didn’t come as a surprise, and it may actually serve as a galvanizing force among their members. “The ruling means we can’t have a federally supervised election, but we can still pressure the university into recognizing us,” says James Hare, a graduate student and GSEU organizer.

The July 13 decision overturned the groundbreaking 2000 NYU ruling, in which the Board acknowledged the changes in higher education over the last 30 years, and stated that the relationship between the administration and graduate assistants fit into the definition of a traditional master-servant relationship. “Ample evidence exists to find that graduate assistants plainly and literally fall within the meaning of ‘employee’ as defined in Section 2(3) [of the National Labor Relations Act],” the Board stated.

One of the most persuasive claims of NYU, as well as other universities appearing before the NLRB, was that graduate employee unions would infringe on the school’s academic freedom: the right to determine “who may teach, what may be taught, how it shall be taught, and who may be admitted to study.” By negotiating over graduate employees’ hours, wages, and benefits, the argument went, the university’s academic freedom would necessarily be affected.

To this the Board suggested that there was no reason that academic freedom was any more endangered here than it was by faculty organizing, which is much more widespread, and that a clause in the graduate employees’ contract could be negotiated to reflect the university’s provenance over educational matters. Citing the Board’s decision regarding a prior case with Boston Medical Center, the Board said, “After nearly thirty years of experience with bargaining units of faculty members, we are confident that in bargaining concerning units of graduate assistants, the parties can ‘confront any issues of academic freedom as they would any other issue in collective bargaining.’”

NYU, which also declined to be interviewed for this article, claimed unsuccessfully that compensation for graduate assistants was actually financial aid. The Board noted that payment was disbursed through the payroll office and was subject to income tax withholding.

The Board denied NYU’s argument that teaching opportunities were designed to further the graduate students’ education, stating that many graduate assistants were not even teaching but performing duties like photocopying and grading, and that the increase in work hours over the last thirty years was tied not to the enhanced value of that actual time for graduate students but to the need for more⎯and cheaper⎯teachers.

This decision eventually caused NYU to become the first private university in the country to recognize a union, and it resulted in the successful negotiation of a contract for NYU’s graduate assistants that ensured pay raises of up to 40%, payment for job training, health benefits, and full tuition waivers. Moreover, a clause was included to ensure the university’s academic freedom.

This summer’s ruling from the NLRB regarding Brown University negated the NYU decision completely. The five-member Board split along party lines, with President Bush’s three Republican nominees, Chairman Battista and Members Schaumber and Meisburg, voting to overturn NYU, focusing on earlier precedents that stated that graduate employees were primarily students and therefore not entitled to representation.

The three Bush appointees cited the Board decision in the since-overturned case of St. Clare’s Hospital more than 25 years ago, saying, “It is important to recognize that the student-teacher relationship is not at all analogous to the employer-employee relationship.” Furthermore, they said that the payment for services was financial aid, since students who didn’t work often received another source of funding, and that the reason for taking on graduate assistant work was educational rather than economic.

Regarding academic freedom, the Board declared that those who had decided NYU were being too trusting if they thought that the university’s freedom could be preserved. “Even if some unions have chosen not to intrude into academic prerogatives, that does not mean that other unions would be similarly abstemious,” held the majority.

The dissent of the two Democrats on the Board was forceful. They claimed that the majority was neglecting the significant changes in higher education over the last thirty years and excluding students from a law that was meant to be interpreted broadly. “Absent compelling indications of Congressional intent, the Board simply is not free to create an exclusion from the Act’s coverage for a category of workers who meet the literal statutory definition of employees,” they wrote.

The decision could leave both NYU and Columbia graduate assistants at a disadvantage. At Columbia, it means that the administration has no obligation to recognize GSEU. At NYU, it means that when the contract expires in August of 2005, the administration may not have to recognize the union any longer. But organizers at both schools remain hopeful.

Columbia organizers intend to keep pushing for recognition, having new members of the bargaining unit sign union authorization cards, and they are planning, if necessary, for a strike. And without the interminable postponement created by two and a half years of waiting for the NLRB decision, the union’s demand for recognition will be squarely in the face of the administration. “They can either face continuous disruption on campus or sit down and negotiate a contract with us. It seems like a no-brainer,” says GSEU organizer David Wolach.

“They’re probably going to have to proceed the old-fashioned way, which is to build an organization so strong that the university can’t ignore it,” adds Patricia Murolo, the labor historian.

NYU students are in a more favorable position, for now. Their union has been recognized since 2000, and so their goal, when their contract expires, will be to hold onto it. As Michael Palm, a graduate assistant and GSOC’s Unit Chair, maintains, “It’s not going to be a question of if the NLRB wants us to have or thinks we should have a union; we have one and we’re not going to lose it.”

LAURA MCGINLEY is a graduate student at Sarah Lawrence College.