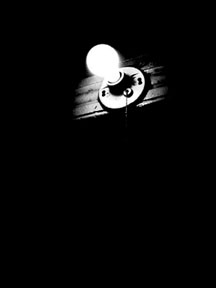 I’m writing this on Wednesday morning, November 3, and, judging by the popular vote, our future looks extremely dim. Then again, perhaps this is because I’ve not yet seen the light. For those in red state America, that light clearly shines powerfully—so bright, in fact, that it has apparently caused epidemic blindness.

It’s really difficult to discuss the issues in this election in rational terms. What women do with their own bodies and who marries whom are apparently of more pressing concern for many Americans than endless, disastrous wars and massive tax cuts for the superrich. The party in power during 9/11 became the party that will keep us safer. A barely literate frontman turned into a strong, “hard-workin’” leader. Hope is not on the way.

Shaping the world according to reason is a legacy of the Enlightenment, which—in this country, at least—died in Florida some four years ago; now we live in an age of dim bulbs. In this darkened hour, one terrain of struggle is simply to maintain the life of the mind. Forgive us for our old-fashioned ways, but the rest of the Rail’s crew and I still think that thinking is a good thing, and we plan to keep on doing it.

The MTA’s proposed fare increases, service cuts and budget problems merit significant public discussion. The MTA, however, has scheduled its upcoming public hearings on these issues for the ridiculously inconvenient time of weekdays at 4 pm during the second week of November. Although Brooklyn and Queens have a combined population of nearly five million people, there will be only one public hearing for the two boroughs. By contrast, Staten Island—population near 500,000—will have its own hearing. As in many of the MTA’s past budgets, these numbers simply do not make sense.

Regardless, the Brooklyn-Queens hearing is at Franklin K. Lane High School, 999 Jamaica Avenue (near Cypress Hills Cemetery), at 4 pm on Wednesday, November 10. It’s near the J & Z stop at 75th Street, and accessible by the Q56 bus. In order to keep the MTA from “getting around” democratic input, we urge you to attend.