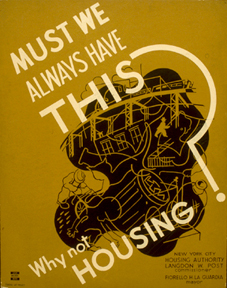 What’s in a number? These days, plenty. Spending priorities seem to be so topsy-turvy that there are legions of frustrating ways to contrast where tax money is going with what programs are being cut. While another $25 billion for Iraq flows virtually uncontested, the “starve the beast” philosophy of the Bush administration—whereby historically massive deficits force spending cuts on social programs—is hurting those who rely on already anemic subsidies to help cover their most basic needs.

One of those unnerving comparisons can be found right here in New York City. The city’s housing authorities are facing a shortfall of at least $55.5 million after the Bush administration in late April announced its refusal to adjust Section 8 federal housing subsidies to inflation. At the same time, it is estimated that NYPD overtime costs alone will amount to at least $59 million when the Republican National Convention hits town for a few days in late August.

Of course, the comparison may be unfair: the city justifies money spent on the RNC as being “good for business” and tax revenue, and certainly the threat of terrorism requires that ample money be spent on safety. But the contrast of this kind of spending versus the cutting of social services for the poor is duly symbolic of the direction the administration is taking this country, and it has significant long-term effects. And like much of what has happened in the last three years, the real and the symbolic converge in New York City.

A Roof Over One’s Head?

More than 1.9 million rent vouchers are given to poor tenants nationwide to help them pay for housing under the Section 8 program, which subsidizes the rent paid by low-income families to private landlords. Section 8 has been untouched since its inception primarily because it is lauded as a successful alternative to chronically dismal low-income housing projects. However, the proposed cuts would be the deepest in any low-income program since the early 1980s, according to the Center on Budget and Policy Priorities, a non-partisan, non-profit research group in Washington, D.C.

Section 8 is also a program that is especially important in cities where the cost of housing has increased faster than the rate of inflation and where prices in rental markets have become increasingly steep. New York City, not surprisingly, would be affected more than any other city in the country by these cuts. The city issues more than 118,000 vouchers a year, around three-quarters of which go to recipients with incomes of less than $16,320. There are currently 112,000 families on the Section 8 waiting list.

While some $150 million has been “unearthed” recently by the U.S. Department of Housing and Urban Development (HUD) in what seems like an appeasement strategy to critics, there is little chance that New York will get nearly the third of this money required to cover the shortfall. These cuts are coming at an even worse time given that many people who rely on welfare benefits are reaching the federally mandated five-year cutoff. According to Sandy Russo, a housing attorney for Legal Services in New York City, the cuts represent “an incredibly critical situation. We don’t know what’s going to happen.”

In addition, the cuts come during a period when increased deregulation of rent-controlled and stabilized apartments throw more units onto the market without any new affordable or regulated units becoming available. This threatens to increase homelessness to even higher levels than the record numbers the city has seen in recent years. While the Bush administration cites how costs for the Section 8 program have risen 27 percent in the last three years, this increase is largely a result of deregulation and increased housing costs. “Rents have gone through the roof while wages and job opportunities have not increased,” says Russo. “The cost of Section 8 reflects that. We can’t afford to lose one dollar at this point.”

Many see the Bush administration’s step as the beginning of the end of Section 8. The administration is already planning budgets that would cut the voucher program by 12 percent in 2005 and 30 percent by 2009, and restructure the program in a way that would remove important resident protections and starve it over time. “They are trying to finance the war in Iraq,” adds Russo, so “all domestic programs are facing cuts. This is consistent with all their policies toward the poor.”

Fortunately, Russo’s sentiment is echoed by many Democrats as well. The Coalition to Save America’s Affordable Housing, a new group of politicians and anti-poverty advocates that includes Andrew Cuomo and Charles Rangel, has threatened to sue HUD over these cuts to Section 8. “This is just another way to cap the program,” said Cuomo, who was HUD’s secretary from 1997 to 2001. “This is a pure administration policy and it’s consistent with everything they’re for.”

A Few Days for Millions upon Millions

As low-income families face the possibility of eviction and homelessness, the expenses that are estimated for the RNC are increasing. In fact, it will be the most expensive political convention in history. Created by a Hollywood set designer and scheduled closer to the election than ever before, it is also being held in New York City for the first time.

A few months ago Mayor Bloomberg estimated the cost of security as well as sanitation and insurance at $27 million. Then it was announced in mid-May that security costs alone are expected to hit a whopping $76 million, of which the federal government has agreed to pay only $24.9 million. Police Commissioner Kelly sheepishly acknowledged that convention security “is going to cost some money,” adding, “I think it’s well worth it,” citing the business it will bring to the city. The Republican National Committee hopes to raise $64 million for the event, money that is not being put toward city costs but has been designated for such costs as a podium, an entrance carpet at Madison Square Garden, the rental of the space, and the transportation of the delegates. A chunk of the increased security costs supposedly will be used for training police officers in civil rights, something for New York City taxpayers to keep in mind during the protests that will take place during the convention.

Of course, money spent on “security”—much like the billions going to new federal agencies and overseas—is verboten to criticize in post-9/11 America. We all, no doubt, want to be safe. But the irony of the Republicans choosing New York City for their convention should not be lost on anybody. The Bush administration’s polices in the Middle East and elsewhere have all but evaporated any feelings of sympathy the international community felt for America after 9/11. And although New York City suffered the brunt of that attack, few sympathize with its plight any longer.

One could argue that most of the Republicans who will come here for the RNC are more foreign to New York than most of the new immigrants who call it home. Even the RNC Website excitedly states how “50,000 visitors will come to New York to experience everything the city has to offer—many for the first time.” Yet by choosing New York City in order to capitalize on its symbolism, the Republicans have also put us in significant danger of being a target, largely because of the “war president’s” policies. In fact, John Ashcroft announced recently that the RNC is now considered a prime target for terrorism.

Luxury Suites vs. Poverty in the Streets

While all the visitors to the city will surely generate some increased tax revenues, it has been reported that delegates will get discounted Broadway tickets and be extensively wined and dined by Wall Street denizens. “I would love for some of them to also go out and visit housing projects, as well, or spend time with someone looking for Section 8 housing or a landlord that will accept Section 8,” says Sandy Russo. Of course, that’s asking a lot from a group of mostly white well-to-do out-of-towners who are dedicated to sticking to a compound-like midtown Manhattan and who have arranged for ferries to shuttle them to Ground Zero rather than risk taking the subway.

As for the Section 8 vs. RNC spending issue, surely you can make a lot of trouble playing the numbers game and, yes, not all of it is fair. But numbers can have shock value. Remember that figure a few years back that calculated that the world’s handful of billionaires now hold more wealth than the poorest half of the world’s population? There’s no reason to believe that gap has done anything but grow. Similarly, the idea that the shortfall in the subsidies that provide a home for the most vulnerable in society could be covered by the overtime costs alone for the few days the GOP visits the city should stagger us.

It also should serve as a symbol for what America is becoming: a nation that is willing to starve the benign beast that protects those worst-off, while at the same time ready to keep gorging the rabid, irrational, and murderous beast that is war.


A partial list of Web sites for groups organizing around the RNC:
www.nornc.org

And the official sites for the Convention:

To learn more about Section 8 and low-income housing:

Each morning for 28 days, performance artist Kyoung eun Kang inhabited the late Elizabeth Murray’s upstate New York studio. These sessions, recorded with a stationary camera, have been edited into a two-hour single-channel wall-sized video projection that makes Murray’s studio seem like a continuation of the physical space of A.I.R.’s darkened Gallery II.

Simone Kearney is a Brooklyn-based writer and visual artist. She is author of the full-length book of poems, DAYS(Belladonna, 2021), and the chapbook My Ida (Ugly Duckling Presse, 2017).