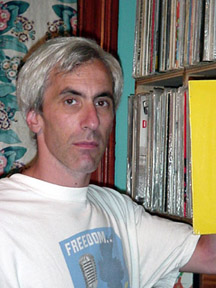 Dave Mandl (Rail): How have things changed for radio broadcasters in the wake of Janet Jackson’s Super Bowl performance?

Ken Freedman: Things have changed drastically in recent months. As recently as last fall, the Federal Communications Commission (FCC) issued a series of decisions that loosened their language rules considerably—ruling, for example, that the word "fuck" was permissible if used non-literally, as an adjective. Things have now not only reverted to the way they were before, they’ve become much more rigid than ever. Although there have not been any new rules passed into law yet by either the FCC or Congress, it’s an entirely new landscape for TV and radio broadcasters. And as is always the case with the FCC, there are absolutely no written guidelines or definitions to help broadcasters determine what is legal speech and what is illegal speech.

Rail: Does this affect mostly high-profile broadcasters, or is no one under the FCC’s radar any more?

Freedman: It’s safe to say that no one is under the FCC’s radar. Although most language fines have been leveled at larger commercial broadcasters, the FCC has historically fined many small community and college stations as well. And small non-
commercial stations have (historically) had to pay the same fines as larger commercial stations. I think it’s also safe to say that the FCC’s most inexplicable and unfair language decisions have been leveled at small non-commercial stations. The best example of this was KBOO’s airing of a Sarah Jones poem called "Your Revolution," which was clearly a feminist poem, not sexual in nature, but it contained the phrase "blow job." The FCC gave KBOO (a small, non-commercial, community station in Portland, Oregon) a $7,000 fine. KBOO spent double that in legal bills fighting the fine, but they eventually prevailed. Bear in mind that this case was several years ago, well before the current crackdown began.

Rail: So why now? Is this really just because Janet Jackson flashed a breast on TV? Are there politics at work here—say, kissing up to the religious right? Or is this crackdown the kind of thing that some FCC member was dreaming of already, and Boobgate provided a golden opportunity?

Freedman: The Super Bowl incident just added momentum to a process that was already in place. Due to rulings like last October’s "Bono" ruling, TV and radio stations had been getting more and more adventurous with regard to sexual talk and antics on the air. For years, one of the FCC’s five commissioners (Michael Copps, a Democrat) had been lobbying for more severe FCC punishments for language violations. He had been getting ignored until earlier in 2003, when several highly publicized incidents (including the Opie and Anthony "sex at St Patrick’s" broadcast, and the Madonna-Britney kiss) started giving him some traction. Then there was the Bono ruling, which really started the censorship wheels rolling. And then the Super Bowl just ignited it all and turned it into a hot political issue in an election year.

The FCC claims they received 200,000 emails in the days following the Super Bowl. (They now claim that closer to 800,000 emails and letters have been received about this.) This put enormous pressure on Michael Powell (FCC head honcho) to deal with it. Powell took an enormous public black eye over the FCC’s ownership issue last year [when the FCC relaxed restrictions on the number of stations individual companies could own]. Up until the Super Bowl, the ownership issue was the FCC’s "most popular" debate ever, and the public came out largely against the FCC’s stance on it. Powell couldn’t politically afford to ignore Boobgate after the ownership fiasco. In fact, Powell did a 180-degree about-face on language. Up until the Super Bowl, Powell had a fairly sane approach to the censorship issue. He used to make public pronouncements that he didn’t want the FCC to become the nation’s nanny, etc. No more.

This crackdown also has to be taken in historical context as yet another in a series of language crackdowns that the FCC periodically undertakes. But there’s a big difference—during this crackdown, it looks like there will be new federal laws passed regarding language and censorship. That’s never happened before. So even after this political storm subsides, broadcasters may have a whole new set of federal laws on the books that they will have to deal with for years.

Rail: You mentioned the fact that this is happening in an election year. What’s the significance of that? Is there pressure on the FCC from senators or the White House, for example?

Freedman: There has been a great deal of pressure on the FCC from senators and congresspeople, over the indecency issue as well as other issues. But mostly, the indecency issue has simple become a point that incumbents can point to during the re-election campaigns. They can tell their constituents that they’re cracking down on all the filth on the airwaves.

Rail: The fines that have been announced recently are enormous—orders of magnitude higher than anything before. And with the FCC being much more vigilant, it sounds like there’s a very real possibility that stations (especially smaller ones) may be driven out of business for relatively minor obscenity violations. How do you think this will play out in the long run?


Freedman: That is one of many big question marks in all of this. In the past, the FCC has never had a separate rate structure for different-size stations, or for non-commercial stations. Since the basic fines were modest, even a small non-commercial station could withstand the "starter" fine of $7,000. Now congress is talking about raising the starter fine to $60,000, which would devastate small and medium-sized stations, commercial or non-commercial. The senate has talked about tying the size of fines to the size of the station, but that proposal hasn’t even been scheduled for a vote yet. So it’s a fairly worrisome issue. The one thing that gives me solace is that, in the past, the FCC has acted on less than 1% of the obscenity complaints it receives. That’s mostly because the FCC is so severely under-funded. Hopefully it stays that way, but if Congress allows the FCC to keep a portion of these huge new fines to help its enforcement abilities, then that too could change.

Rail: Now that these obscenity guidelines are being codified as federal laws, will the FCC finally be forced to at least be more specific about what is and isn’t allowed, or will they continue to leave stations guessing?

Freedman: They’ll most likely keep us all guessing.

In all of the proposed new rules and amendments, there hasn’t been a single congressional request that the FCC define or even clarify their language rules. In the early 90s, Congress did instruct the FCC to do this, and it took the FCC ten years to do it. What resulted was an Orwellian masterpiece, a 50 page document (released in April 2001) in which the FCC gave only examples of decisions they had made, but no clear definitions as to what is permissible and impermissible. And on nearly every page, they defended their lack of definitions by saying that they are not allowed to engage in censorship or abridge the first amendment rights of broadcasters. Michael Powell continues this doublespeak to this day, saying that for the FCC to issue lists of illegal words and phrases would have a "chilling effect" on free speech. In fact, the opposite is true—if stations had clear guidelines, they would have more freedom than they have in the current climate, where nobody knows what is allowed and what isn’t.

DAVE MANDL was the Rail's former music editor. He is a freelance writer/journalist.

Partial Reveals & Inclusive Revelations in the Post-Truth Simulacracy: The Poetics

The Poetics is interested in exactly this conjunction, and Ives questions both the narrative of history and the history of narrative as a form in elaborate, strident observations that are illuminating and speculative.

In order to understand the motivations and mission behind the Joan Mitchell Foundation, it is helpful to first understand that artist Joan Mitchell (1925–1992) placed art above all else, both at the center of her own life and through supporting her artist peers—thick in the battle and euphoria of the studio—who surrounded her during her lifetime. Mitchell was a pioneer artist in Post-War New York, earning an esteemed reputation among her Abstract-Expressionist cohort while also creating a dialogue with the French Impressionists of the previous century.