Barnet Schecter, The Battle for New York: The City at the Heart of the American Revolution (Walker & Co., 2002). For a city that supposedly shrugs off its past to make way for a perpetually unfolding future, New York City can sometimes barely conceal its ghosts. From the African burial grounds that are occasionally dug up downtown to the winding streets of the financial district, there’s a rich history we just don’t seem that interested in. 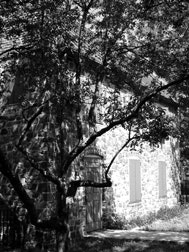 A recent trend in publishing is the rise of the single topic book that thoroughly explores one substance or idea, be it salt, cod, latitude or fast food. It’s an attractive methodology, because it simultaneously maintains focus yet sprawls leisurely across history, science and culture while casting the mundane as exotic.

Daniel Pinchbeck, Breaking Open the Head: A Psychedelic Journey into the Heart of Contemporary Shamanism (Broadway Books, 2002). I am writing this review of Daniel Pinchbeck’s new book, Breaking Open the Head, while in Graz, Austria, a lederhosen kind of town that just hosted 10,000 mostly, but not totally, Anglo Tibetan Buddhists from all over the globe for the Kalachakra Initiation for World Peace performed by His Holiness, the 14th Dalai Lama.

Drama in the Desert: The Sights and Sounds of Burning Man, based on the images of Holly Kreuter. A Raised Barn Press Production (www.desertdrama.com) I’m a virgin. At least I am according to the standards of Burning Man, because I’ve never been there before. 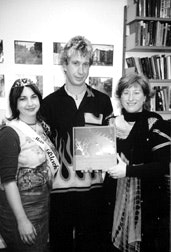 Herschel Silverman, Lift Off: New and Selected Poems, 1961–2001 (Water Row/ Long Shot joint production, 2002). Sparrow, Yes, You ARE a Revolutionary! Plus Seven Other Books (Soft Skull, 2002). Many of the most powerful American social thinkers of the last century, writers such as Edmund Wilson, Lewis Mumford, and Kenneth Burke, whose heyday ran from the late 1920s through the ’40s, emerged neither from academia nor political action groups, but from Bohemia. 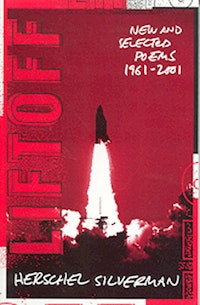 Jeffrey Eugenides, Middlesex (Farrar, Straus & Giroux, 2002). Jeffrey Eugenides’s new novel Middlesex is a radical departure from his successful debut, The Virgin Suicides. The difference smacks of a younger sibling’s revolt against the oppressive accomplishments of the first-born. While The Virgin Suicides traced one year on a suburban block, Middlesex is a multi-generational epic, encompassing a Greek-American immigration tale and a coming-of-age story, all narrated by a hermaphrodite, Cal Stephanides, nee Calliope.

Sherman Alexie grew up on the Spokane Indian Reservation in Wellpinit, Washington and is the author of eight books of poetry (published by Brooklyn’s Hanging Loose Press) and several novels and collections of short fiction. He also co-wrote the screenplay for the award-winning film Smoke Signals (Miramax) and recently directed a feature film, The Business of Fancydancing. 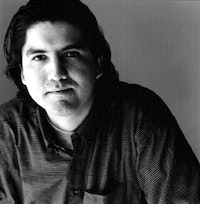