Sense and the Incensed Paul Krugman and the Accuracy of Outrage

To cut to the quick: Princeton economist/New York Times columnist Paul Krugman sees a way out of the morass this administration is perpetrating.

The war in Iraq is not going well. The US administration thought it would conquer Iraq and everyone there would welcome them as “liberators.” That hasn’t happened. What was promised to be a two-week offensive to remove a brutal dictator has turned into an American occupation that is resisted daily by a diverse group of Iraqi guerilla forces, and not just by remnants of the Ba’ath Party. Two to four G.I.s are being killed every day by this resistance, most foreign aid workers have left town for fear of their safety, and Bush wants more and more of our tax dollars to pay for the occupation. 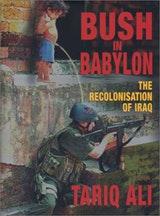 According to Marx, the insidiousness of ideology rests in the way it presents deeply prescriptive class interests in the guise of nature and ordinary experience. Thinking which makes use of the concept of ideology in a critical spirit is at its most illuminating when it addresses, not the tautological bastions of political power and repression, but rather our deeper habits of judgement and taste: ideology is not transmitted through abstract, monolithic institutions, but through the texture of what Edmund Husserl called our “life world.”

The enemy is not always without, but often within, aided and abetted by elements of the home government. Such was the case of the 1921 Tulsa Riot that was sparked by the unsubstantiated accusation of sexual assault on white female purity by a black Tulsan. During the riot, the Greenwood District, an African American neighborhood, was physically and psychologically destroyed over the course of sixteen hours, and further over the succeeding eighty-two years.

Jhumpa Lahiri, The Namesake (Houghton Mifflin 2003). A crowd buzzed with anticipation at the Barnes and Noble in Union Square on an evening in mid-September. Jhumpa Lahiri was going to open her book tour here, promoting her first novel, The Namesake. Among the typical mix of Indophiles, South Asian Americans and book nerds, there were lawyers, teachers and students of all ages.