It is astonishing how much being here, in Rome, makes me think of Guston, and how much Italy and Rome, in particular, gave Guston so much to work with. One of the first things that I saw when I got to Rome is the Metaphysica show at the Quirinale Museum here, and it made me think of how much Guston deepened his work through his relationship with the Italians from all periods.

Because of a chance conversation I had with Philip Guston’s New York dealer David McKee in mid-April, I went to San Francisco in August to see Guston’s retrospective at the San Francisco Museum of Modern Art. When I ran into David on 57th Street I asked about the show, which had recently opened in Fort Worth. "Great, great," but David didn’t want to talk about that. It was the version of the show set to open at New York’s Metropolitan Museum in October that had his agitated attention. 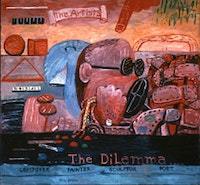 There are no real movements in contemporary art these days, replete with passionate advocates and passionate opponents. But then again, this also has its plus side. Just about anything is possible, and contemporary art appears to be an amazingly diverse enterprise, especially given its increasingly globalized focus. In the absence of art movements, what is certainly occurring is a movement of curators, and by this I mean a fairly tight band of itinerant curators whose exhibitions (especially large-scale, international exhibitions) frequently address socio-political issues. 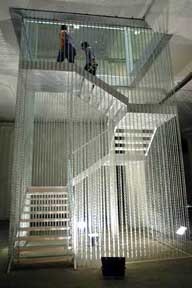 Entering the austere, monumental main corridor of the Ace Gallery in Tribeca, one immediately hears bursts of static, snatches of tinny, garbled voices, and high-frequency whines. The noises roll and stutter down the hall, punctuated by silences, like one of John Cage and David Tudor’s wonderfully erratic live performances. Keith Sonnier’s "Scanners" (1975), an earlier incarnation of which was purchased by Andy Warhol and installed in the entrance to The Factory, consists of six radio scanners tuned to various frequencies. 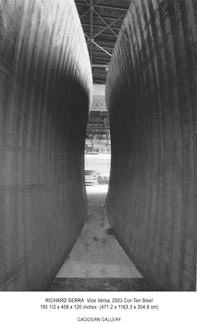 Born in Cleveland in 1926, Nancy Spero is regarded as one of the most influential women artists of her generation. She studied at The School of the Art Institute in Chicago and the École des Beaux Arts in Paris before moving to Europe in the late 1950s. 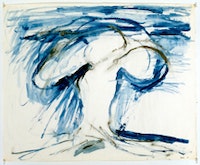 Life at the VSC

When Le Quoc Viet smiled, his lips parted like a theater curtain revealing his glistening jet black teeth, shining like opalescent pearls harvested from a deep beneath the ocean floor. It was such a disconcerting sight I glanced away hoping when I returned my gaze to his shy face his teeth would actually be white. But they remained black.