Nik Bärtsch is an unsung wunderkind of European new music. I first heard him in Graz, Austria, with his trio Ronin; they played tightly arranged jazz and funk riffs with Loten Namling, who surely must be the world’s first Tibetan rapper, and Nawang Kechog, a Grammy-nominated Tibetan flute player, guest-starring. Saturated with global influences, the music was arranged with a fresh and original sensibility. Not since the late Quwali maestro Nusrat Fateh Ali Khan and Michael Brook released Night Song, their breakthrough 1995 collaboration, have I listened to such a complex effort presented so innovatively.

Oneida/Marwood: A Study in Opposites

Upon first hearing Oneida’s double CD, Each One Teach One, I stared at my stereo like it was possessed. The first disc contains two songs: one fourteen-minutes-plus and a second sixteen-minutes-plus. Both are very monotonous songs— imagine a CD on constant skip. 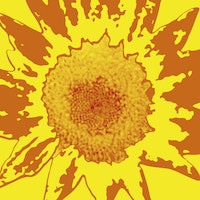 Christian Marclay, known primarily as a musician, also makes sculptures, conceptual pieces, and videos. His recent installation Video Quartet at Paula Cooper Gallery on 21st Street, was not only a jaw-dropping piece of experimental music, it was also a tutorial in what has become possible to achieve in a bedroom with a laptop.

The recent release of D. A. Pennebaker’s The Complete Monterey Pop Festival (The Criterion Collection, 2002) provides a bright, garish, furiously kinetic documentation of the emerging pop-rock scene during the summer of 1967. The documentary’s most revelatory moment is hidden away on an alternate track at the end of the outtakes disc, where Tiny Tim, the underground court jester for the late-1960s counterculture, gives an impromptu performance beneath the heavy shadows of the festival green room. 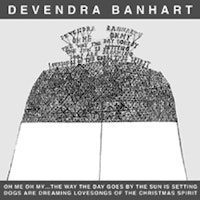