The 2002 Whitney Biennial: The Whitney Museum of Art

For a grueling day at the 2002 Whitney Biennial, a friend and I ventured into Central Park in search of Brian Tolle’s "Waylay" (2002). 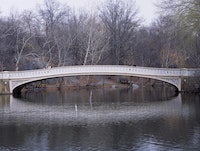 In Search of Uriel: Barnett Newman

Newman was pushed out. He painted fewer and fewer paintings, until, in 1955, he made just one painting, and none at all in the next two years. His friend Pollock had died in 1956. In 1957, he had a near-fatal heart attack. He would later describe the period as his “blackest years,” and during that time the single painting he made was “Uriel.”

The Fallacy of Utopia: the Art World and Current Dialectic in Havana, Cuba

Taania Bruguera is eating dirt. Real dirt. The kind of dirt you find in your yard or on the ground around the base of a tree. She’s kneading it into small balls with the saltwater of tears, lifting it to her lips, popping it in and chewing it and swallowing it with a big, forced, throaty gulp.

The Stable Gallery: In Conversation With Nicolas Carone

As part of the Rail’s ongoing effort to bring resources and historical awareness to the current dialogue in our ever-growing art community, I wrote an article several issues ago about The Club, and was able to interview Philip Pavia—the sculptor and organizer of The Club and publisher of It Is magazine.

There is a very old (and recently revived) proverb about the sharing of knowledge: the gift of food, it says, feeds the recipient for a day, but teaching him to grow his own is sustenance for a lifetime.

Sitting down for a chat with Maurine Knighton, the executive producer and president of 651 ARTS, provides both pleasure and an education in the history of dance. 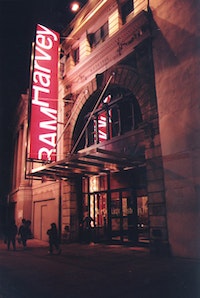 Like Williamsburg and Greenpoint, DUMBO, the acronym for Down Under the Manhattan Bridge Overpass, is on the verge of becoming another SOHO—that is, a neighborhood initially transformed by artists, but now populated mainly by upper-income professionals.